The Left is Never Right

Hillary will keep Obama’s policies to continue America’s decline in order to fundamentally change America as founded and transform her into a socialist dictatorship.

Social Justice and the Hitler model

Explaining the dysfunctional thinking of the neurotic liberal mind

Islamists coming into the West is not immigration, but an insurgency

Algore, Cpt. Chicken Little himself, is campaigning for Hillary

Shining the light on the phony reality of Obamaism

All of Hillary’s corruption in one place

Finding the Truth between the Right and the Left

All of Hillary’s corruption in one place

Clintons are not rapists, it’s Trump says the Democrat media

In second debate Trump bats 1000 and Clinton zero in credibility

Morality wars of Trump and Clinton

No place in Trump’s America

Trump has never sexually harassed women – unlike the Clintons

TEA Party has found a leader in Trump

Hillary says ‘Honest Abe’ was as two-faced as she

Lock her up!  The campaign to prosecute Hillary for corruption

Hillary says Trump has something to hide – ROTFLMAO!

Hillary’s Secret Economy: The rich didn’t get richer – Democrats did!

Democrats have been sucking up America’s wealth for a century

Democrats have a death grip on the economy

The Agent of Change vs. the Queen of Corruption

Leftwingnut PSYOPS to destroy the righteous

A national disgrace of deplorable black lies that matter

Socialists stick their greedy hands up the Golden Goose’s A$$! 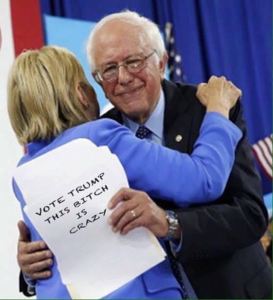 Hillary called for journalists to conduct an anti-Trump propaganda campaign

“Journalists have a special responsibility to our democracy at a time like this…  It’s a badge of honor when Jorge Ramos gets thrown out of a press conference for challenging Donald Trump.  Or when another news agency gets banned for reporting what he says.  As Jorge says, ‘The best journalism happens when you take a stand, when you denounce injustice.’”

That’s not journalism, that’s propaganda.  The job of journalists is to report the facts, not report what they believe.  That is the job of an editorialist like myself to correlate the facts with the truth.  Ramos does not report what Trump says and does, he reports his opinion of Trump, and his opinion is that Trump is evil because Trump objects to illegal immigrants who break America’s laws.  Ramos’ idea of injustice is for America to uphold its immigration laws and protect her own borders.  Hillary believes in importing cheap labor as outlaws.

How much young Americans know 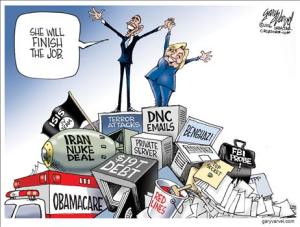 Democrats say Republicans are the cause of America’s woes

After 8 years of Obama feeding America a sh*t sandwich telling the people “it’s the new steak,” and having his Republican ally, Boehner, who seized the speakership following the TEA Party Revolution to stonewall conservatives with the whine, “It’s too hard to stop him,” Democrats are now promoting re-electing themselves with Hillary in Obama’s place.  Democrats, who manufactured this economic malaise just as they nuked the economy and blamed Republicans and capitalism for the destruction wrought by their policies, believe Americans to be galactically stupid.  The pity of it is – they may be right!

Democrats are asked which is more dangerous – ISIS or Climate change?

How I know I’m on the side of right 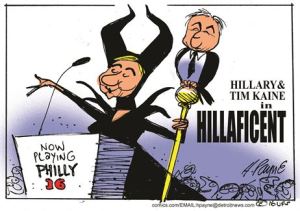 Obama at the helm 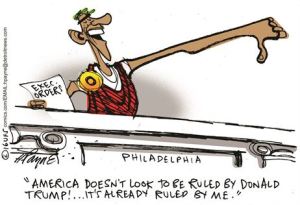 Liberalism – Air conditioners are as dangerous as jihadis

Americans have eyes and ears

This site is my opinion only and is unpaid. I am a retired Paramedic/Firefighter with 25 years of service in the City of Dallas Fire Dept. I have a B.A. degree in Journalism, and A.A. degrees in Military Science and History. I have spent my life studying military history, world history, American history, science, current events, and politics making me a qualified PhD, Senior Fellow of the Limbaugh Institute, and tenured Professor Emeritus for Advanced Conservative Studies. 😄 It is my hope that readers can gain some knowledge and wisdom from my articles.
View all posts by dustyk103 →
This entry was posted in Fundamentals and tagged 2016 Presidential Campaign, Capitalism, Christianity, Conservatives, Democrats, Donald Trump, Elections 2016, Environmentalism, Hillary Clinton, Islam, Islamic jihad, Liberals, Republicans, Socialism. Bookmark the permalink.