Unrepentant deranged liberals must manufacture non-existent Republican racism to validate the hate in their hearts and the real crimes they commit.  Republicans are being terrorized by Democrats slandering them as racists inciting violence against the innocent.  Democrats manufacture phony racist hate crimes against themselves by Republicans because there are no such attacks happening despite liberal assertions that they are!  Republicans do not have to manufacture Democrat hate crimes.  Liberal wackos are openly attacking people, even kids, for wearing MAGA caps.  Why?  Because they have deluded themselves into believing that MAGA means racist white supremacy.

They call Republicans white nationalists, Nazis, and KKK.  Despite there being zero evidence to support their myths, they adhere to their fantasies.  The actual evidence proves the opposite of their beliefs – that they are the hateful criminals in America.  They use their own zealotry to justify their own hate crimes!  The righteous do not have to invent Islamic jihadi terrorism.  We do not have to create fairy tales of socialist genocides.  The left is lost in delusions of their own making claiming victimhood.

As further proof of liberal derangement and duplicity, Antifa is running a false flag operation pretending to be a conservative group attacking their favorite Moslem daughter in Congress.  They are trying to lure conservatives into making a racist attack on her.  We don’t have to make a racist attack on this anti-white racist America hater, but any criticism we make is portrayed as racism.  This is how false leftists are in all they do.  They cry that hate crimes are up, but they don’t reveal that the hate crime increase are all attacks on Trump supporters, Christians, and Jews, being committed by Democrats.

Leftism always justifies their crimes in their own minds.  Claiming that Trump is the guilty party is only an excuse to the immoral who are too oblivious to realize their lies are obvious to the morally righteous.  They say the country has descended into racism because of Trump and Charlottesville.  Their deliberate smears of him for the actions of Democrats killing each other in that city only succeeds with people who are ignorant because they lack a moral compass.

Jussie Smollett and his promoters

“When you use racism and bigotry and hatred and lying for your own selfish end, and you’re a young, gay, black kid you get indicted. If you do it when you’re an old white guy, you become president.” – Black “comedian” D.L. Hughley

“You can fool some of the people all of the time.” – Abraham Lincoln, America’s 1st Republican President who went to war with Democrats to free their slaves.  (I have to say this because half of liberals don’t know that Lincoln was a Republican or that slavers were all Democrats.)

The Jussie Smollett hate crime scam and the UC Berkeley hate crime assault of a Republican have brought the entire Democrat Party’s rabid America hate to the forefront of American politics.  Their psychosis is so deep that they are making excuses for Smollett and slandering the police as corrupt even as they praise liberals committing violent hate crimes.  Smollett’s scam did not detract from the “real racism” in America, or the “real hate crimes” of Republicans.  They only exist in liberal’s heads.  American liberalism in the 21st century is a backwards ideology perpetuating their beliefs founded in their own grand delusions:

Dissecting the Smollett scam vs. another Democrat hate crime

Everything liberal Democrats believe is exactly opposite reality.  Everything in which they believe is a delusion of dysfunctional minds.  They keep saying Donald Trump promotes racism, but they can’t recite a single racist quote or hateful remark that ever passed his lips.  They deface Christian, Jewish, and American monuments as being Nazi racists.  Republicans are the ones who fought against Nazis and racism in America.  America has long ago cleaned up its environment while Red China is the world’s worst polluter.  Republican cities are clean while Democrat cities have foul water, human refuse in the streets, and still, despite all their promises to alleviate poverty, maintain ghettos where their people live in squalor.

Democrat Rep. Adam Schiff says, ““There’s ample evidence of collusion in the campaign and it’s in the public record.”

If that were true, then why does no one know what that evidence is?  Why does Mueller keep charging people with crimes other than collusion?  Why did Rosenstein admit no Russians were charged with colluding with the Trump campaign?  If Schiff were admitting public evidence for real Russian collusion he would point to Hillary.  Hillary worked with Russians taking hundreds of millions of dollars in campaign donations and giving them 20% of America’s uranium.  Obama worked with Putin promising to be flexible in denuking America.  Liberal fascists riot in the streets pretending they are fighting Nazism rather than living it.  Liberals create fake hate crimes because Republicans are not the racists they imagine them to be.  Meanwhile, liberals are the ones committing the hate crimes.  They promote socialism over capitalism in their backwards fantasy belief that socialism is benevolent and capitalism is destructive.

How did liberal Democrats come to believe the exact opposite of history, reality, and the observable facts?  What mental dysfunction has misled liberals to believe, not just think, not just imagine, but to believe that their alternate reality is authentic?  Debates can be twisted.  Facts can be ignored or manufactured.  Hearts can be corrupted.  But only the individual mind is responsible for their collective misconceptions.  Joining the crowd because it is comforting to be part of a group is not cool when that group is running off a cliff or massing to lynch the innocent.

Leftism is not a different way to do what is right.  There is only right and wrong with no in between.  Democrats have not changed their ways, only their tactics.  19th century Democrats imposed slavery on blacks.  20th century Democrats duped blacks and inflict oppression on white Republicans.  This isn’t righteousness.  This is Democrat’s revenge for taking their slaves away, and they have enlisted those slaves by miseducating and deluding them.

Why are liberals incensed at Jussie Smollett for his racist hate crime fraud?  Because they weren’t in on the scam when they went all in endorsing it.  Now it’s blown up in their faces threatening to reveal the absolute truth – that there is no Republican racism.  It’s all a fiction of Democrats to smear Republicans and dupe liberals.  Liberals are not learning the lesson here of don’t cry wolf.  Instead they are saying this person was driven insane trying to portray himself as the victim/hero/martyr of a false narrative.  They say this is born of real racism.  But the only racism in America is by Democrats against Republicans.  As all charlatans do, they are denying that their crimes are crimes.  They are in the process of doing what they always do – cover up the truth with more lies blaming Republicans, white people, and righteous Christians for the crimes their own people commit.

The leftwing isn’t angry at being fooled.  They are angry at being exposed!  The vast majority of hate crimes being committed are by Democrats against white people and Trump supporters – and they justify themselves saying they are fighting racism when they are the ones perpetrating it!  This mass delusion of liberalism is thanks to Democrat media activists warping the truth and promoting lies.  But it is the fault of liberals who believe lies as easily as children that are responsible for leading America into darkness.  This must be repeated again and again and again.  Like the Big Lie infuses itself into people’s thought processes, the only way to overcome their conditioning is by repeating the truth over and over. 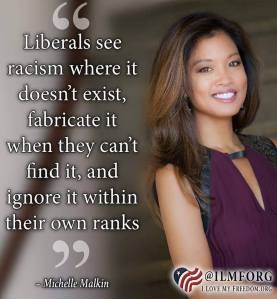 The real hate crimes are the fraudulent crimes of leftists

“All they have eyes for is the fashionable god of darkness. They think he can give them what they want, and that they won’t have to bother believing a Truth they can’t see. They’re stone-blind to the dayspring brightness of the Message that shines with Christ, who gives us the best picture of God we’ll ever get.” – 2 Corinthians 4:4

“Be wary of false preachers who smile a lot, dripping with practiced sincerity. Chances are they are out to rip you off some way or other. Don’t be impressed with charisma; look for character.” – Matthew 7:15

“For the time will come when people will not put up with sound doctrine. Instead, to suit their own desires, they will gather around them a great number of teachers to say what their itching ears want to hear. They will turn their ears away from the truth and turn aside to myths.” – 2 Timothy 4:3-4 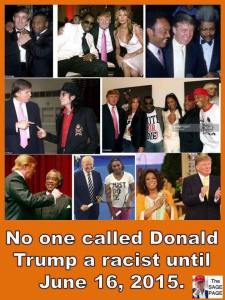 Why the Left is Manufacturing Racist Hate Crimes

Hate crime against a conservative student in broad daylight

[Author’s Note: These terrorist Democrats had better pray they never cross the path of any Americans like the patriots I know or during their next terror attack they will suffer tenfold what they have been dishing out.  A reckoning is coming.] 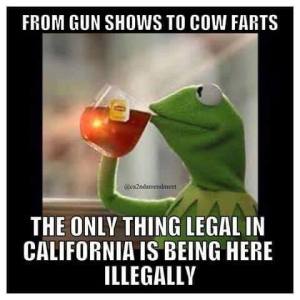 A dozen articles of wisdom:

President Trump’s State of the Union vs. the Democrat Response

The State of the Union is; Unstable, Volatile, Degenerating 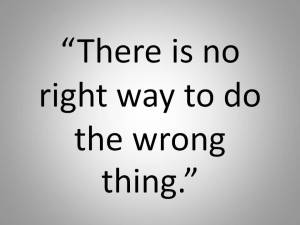 This site is my opinion only and is unpaid. I am a retired Paramedic/Firefighter with 25 years of service in the City of Dallas Fire Dept. I have a B.A. degree in Journalism, and A.A. degrees in Military Science and History. I have spent my life studying military history, world history, American history, science, current events, and politics making me a qualified PhD, Senior Fellow of the Limbaugh Institute, and tenured Professor Emeritus for Advanced Conservative Studies. 😄 It is my hope that readers can gain some knowledge and wisdom from my articles.
View all posts by dustyk103 →
This entry was posted in Racism and tagged Anti-white racism, Antifa Nazis, Charlottesville, Democrat hate, Democrat phony hate crimes, Donald Trump, Hate Crimes, Jussie Smollett, Racism, Trump Derangement Syndrome, UC Berkeley hate crimes free speech. Bookmark the permalink.