If you ever had the New Deal explained to you by an economist that wasn’t a leftwing liberal arts Democrat hack, then you would know that FDR’s New Deal was a raw deal for working Americans.  The New Deal succeeded in seducing the descendants of slaves back into the Democrat Party to become welfare voter slaves.  The exorbitant taxes of FDR Democrats left the nation destitute for a decade while Washington got rich.  Only the destruction of the industrialized world outside the United States during WWII allowed the USA to recover.  Since then America’s industries have thrived thanks to Eisenhower and Reagan, but each time the economy grows the Democrats promise goodies to get re-elected and squander that prosperity.  Now, following Obama’s reign to make Washington, D.C. the richest region in the country, Americans turned from the Moslem socialist ideology to a Christian American business genius and the people are now prospering as never before.

But don’t let that fool you.  Democrats have been waging a smear war on Republicans in an attempt to cast them as racist Nazis.  You might think that without any examples of such that this kind of propagandist slander would die.  But then you don’t understand the minds of liberals.  The people who don’t understand that there are only two human sexes, who think socialism can be beneficial, and who believe CO2 will choke the planet to death, think they are the enlightened ones even as they swallow fictional narratives hook, line, and sinker.  Liberal’s grasp of science is as tenuous as their comprehension of human nature.  They are living proof of how a fool and his money are soon parted and why conmen proliferate.

Appeasing the Climate Change gods – the Science of Duping Liberals 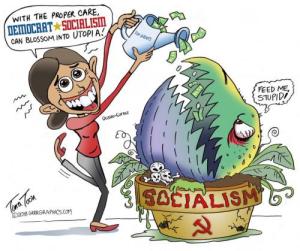 Democrat’s Millennial darling, Cortez, whom they refer to as AOC, has been left off their new “Climate Crisis Committee.”  Even they cannot tolerate the snarky, snot-nosed little girl who is all mouth and no brains.  Cortez is good for a Twitter attack drawing ignorant fools in with her quick mouth to slander intelligent people but, like Jar Jar Binks, being able to talk doesn’t denote intelligence.  She is proof that your brain doesn’t have to be connected to your mouth and that people are easily duped by what they do not understand.  Cortez already has a long history of interviews in which she talks a lot but makes no sense.  But the low intelligence crowd to whom she appeals don’t realize that most of what she proposes is not only ludicrous, but detrimental to their lives. 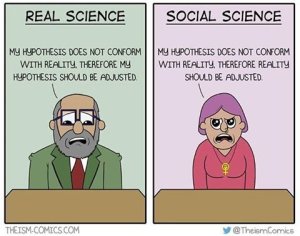 Leftist’s proposal to go all electric is a fantastic dream for people who don’t understand that there are no windmills that could possibly maintain the demand.  They don’t understand that most electricity comes from coal, hydro-electric dams, and nuclear power plants that they want to eliminate.  This is nonsense from fools.  China took fifty years to go from people riding bicycles to work to having cities as advanced as the United States.  Liberals would have Americans go back to riding bicycles in the next fifty years.  How do they expect to pay for government jobs, college educations, and healthcare for all in a 19th century economy as the world goes into the 21st century?  These liberal “progressives” are the blind leading the blind to regression making them ideologues of leftwing IDIOTOGY. 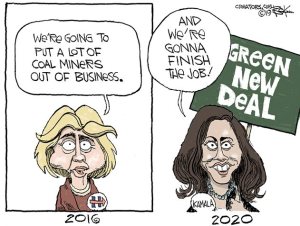 Democrats are all-in on the American Communist Party.  Because Americans are so ignorant of the history of WWII, they believe they can smear Republicans as Nazis that the communists fought.  They have no idea that the communists and Nazis were allies at the beginning of the war.  Liberal fascists, Latino-communists, and Islamo-nazis are the new Axis of Evil in America working to overthrow the Constitution.  The leftist plot to neuter America by stripping away her energy under the façade of “saving the planet” made a great leap forward under Obama closing coal mines and off shore drilling.  But President Trump has led America into a great economic recovery and they absolutely despise him for doing so.  They will cheat the next election to at least retake the Senate if not oust Trump entirely so they can sabotage the economy and renew their destruction of America once again.

This is Environ”mental” wackoism believing man is destroying the planet and that all technological advances must be unmade to “live in harmony with nature.”

The right has advanced the world through technology without losing sight of our divine origins.  We clean up after ourselves to keep our environment clean while putting man first as God intended.  The left corrupts everything it touches using technology to dupe their zealots through social media.  They teach their mindless followers that the right would have them drink dirty water and breath dirty air.  What idiot would believe such stupidity?  But the mass media propaganda machine has warped the thinking of young Millennials with such absurd notions such as “man is polluting the oceans with his sewage” when the ocean has been quite easily handling being a fish toilet.

The left’s goal is to make America weak so that the communist nations of the world can rule.  The stated goal of communists and Islamists is domination of the world.  Feminizing men while stripping the military is just one of a hundred methods.  Duping Millennials with climate change can only be done with the uneducated mocking the educated.  They have openly said they want America to stop using planes and cars, industry and electricity in ten years.  That wouldn’t make the world safe.  It would collapse this nation back to the 19th century.  It’s an insane goal and only the galactically stupid would believe they could somehow strip away America’s might and make the world a better place.

Democrats Now Serve in the Church of Pelosi 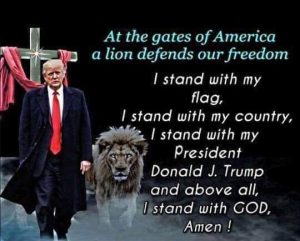 This site is my opinion only and is unpaid. I am a retired Paramedic/Firefighter with 25 years of service in the City of Dallas Fire Dept. I have a B.A. degree in Journalism, and A.A. degrees in Military Science and History. I have spent my life studying military history, world history, American history, science, current events, and politics making me a qualified PhD, Senior Fellow of the Limbaugh Institute, and tenured Professor for Advanced Conservative Studies. 😄 It is my hope that readers can gain some knowledge and wisdom from my articles.
View all posts by dustyk103 →
This entry was posted in Climate Change, Democratic socialism, Elections 2020, Fundamentals, Right vs. Left, Social Justice, Socialism and tagged Alexandria Ocasio-Cortez, AOC, Chiquita Khrushchev, Climate change, Climate change alarmists, Climate Change deniers, Climate Crisis Committee, Earth First, Environmental Wackos, Free College Education, Global Warming, Government jobs for all, Green New Deal, Healthcare for all, Liberal Progressive Socialism, Medicare for All, Progressive Regressives. Bookmark the permalink.