Trump doesn’t fight fair.  He mocks Jeb Bush and Ted Cruz.  Do you think that’s makes him a bad person?  Well then grow up!

Democrats have been stomping Republicans in the public forum for decades.  They do it, not by fighting fair, but by waging war.  On the battlefield when you’re fighting for your life there’s no such thing as fighting dirty – there is only survival.

Politicians fight with words, and in the arena of public speaking you can either defeat your opponent with better ideas, or you can belittle them in the eyes of the people.  Considering the average intelligence, morality, and knowledge of the typical voter it is the latter that works better.  Liberals understand that mocking, pandering, and scapegoating others works better than explaining the truth, while conservatives are the ones mired in the morality of fair play.

This is amusing as it is liberalism that suffers from immaturity that accepts mockery as informed opinion.  How many liberals still believe Sarah Palin said she can see Russia from her house?  How many still believe Obama is a Christian?

The dead art of journalism

Journalism is supposed to be the impartial dissemination of information giving only the facts of who, what, when, where, and how, and leaving the opinion up to the reader.  But editors have always felt the need to foist their opinions on the public and invented the “editorial” in which to do so.  Today, good luck finding a journalist who does not interject their personal bias into the news.

(The latest dust up between Pope Francis and Donald Trump is a clear example where a reporter misrepresented Trump in a question to the Pope and then misrepresented the Pope’s answer.)

I realized back in the eighties after earning my degree in journalism that newscasters were a pack of opinion twisting liars who promoted the propaganda of the ruling Democrats.  The victory of Ronald Reagan in 1980 gave rise to the “Silent Majority,” which is actually the majority of the people who object to a ruling government.  With the advent of Rush Limbaugh and conservative talk radio and TV the majority found a voice in the media that had previously squashed them.

Yet our youth are still misled by the double talk of the Left.  I have nothing but time in retirement to listen to these people and, despite the bias at CNN and FOX, there are still outlets like MSNBC that I found to tell so many provable lies, so many distortions, and so much immoral crap that I don’t bother to listen to them anymore because there is no intelligent life at that network.  The liberal media is so biased, so misinformed, and so twisted that they actually got a man elected to the Presidency of the United States who had zero qualifications and about whom they had zero knowledge – and they actually were stupid enough to admit it!

Brokaw and Rose admit they don’t know anything about Obama

When the Left can convince the ignorant populace that Barack Obama, junior rookie senator of Illinois, was qualified to be Leader of the Free World, when he was known to be an anti-American, anti-Christian, anti-Caucasian, socialist Moslem, but they covered that up, then America began its rapid decline into the state it is in today.  Even after ten years of Democrats running Congress and the Presidency putting their policies into effect without Republican opposition people still believe them when they say it’s all Republican’s fault!  The GOP that conservatives elected to fight the Democrat agenda deconstructing America has joined with them, yet young liberals are still so easily fooled into believing that the socialism that has been inflicted on them to cause this deterioration is the solution to recovering from it.

America is raising a nation of wimpy deadbeats who want government to be mommy and daddy to them.  They believe they are entitled rich kids who don’t have to work and deserve to be taken care of and given luxuries while they play.  They are uneducated and believe that socialism is not the ideology of totalitarian oppressors it has been throughout history.

Bernie Sanders promises them all the free sh*t they want.  Well here it is; 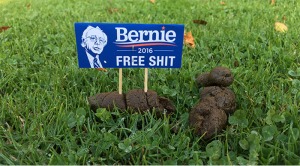 Time to grow up, America.  Stop complaining when politicians don’t fight fair.  Stop believing they are going to tell you the truth.  Some of America’s great fantasy heroes in movies will give you a clue;

It’s not what politicians say, it’s what they DO that tells you the truth of who they are!  And it’s not what the media says, but what reality is.  The media lies and promotes propaganda like “Ted Cruz shut down the government.”  If you believe that then you have no clue how government works.

About the only place you can find someone who is actually trying to be a journalist is The O’Reilly Factor on FOX.  But if you want the facts, the truth, and a morally righteous opinion try listening to Rush Limbaugh.  Have you heard the liberal media tell you what a horrible person he is from some sound bites?  Why are you letting other people tell you what to think?  Listen for yourself!

The people in the media twist facts according to their personal bias.  It is up to you to learn to recognize and separate opinion from facts and make your own decision.  It is also up to you to recognize what is morally righteous and when you are being misled.  Don’t let other people tell you what to think, but seek out those who can explain why you believe what you do.

And if you seek out those who lie rather than those who tell the truth then you should question your own moral intelligence.  An intelligent person learns from their mistakes, a wise man learns from the mistakes of others, and an idiot takes a lifetime if they ever get it right.  I took till I was twenty-five to begin to realize what a stupid mistake I had made listening to the media and voting for Jimmy Carter – twice!

Thankfully, those who were older and wiser elected Ronald Reagan.  Despite his mistakes, not Iran-Contra as Democrats claim, but amnesty for illegals and Beirut, he was the greatest president since Teddy Roosevelt.  But today is different from the 80s when we were raised to be responsible and work for a living.  Today’s kids are being taught, not what they can do for their country, but what their country can do for them.

When you don’t believe in something, you’ll fall for anything.  Having a high IQ without knowledge is like a computer with a super processor and an empty hard drive.  Add to that morality and if you believe in what is wrong then you will never be right.  In life there is always one certain outcome: You will reap what you sow. 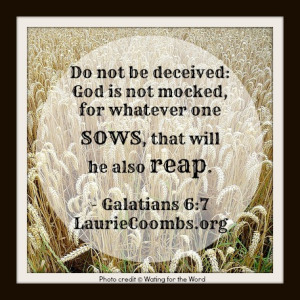 Hillary and Bernie condemn the America they created and blame Republicans

(Debate: Honest people wishing to debate will post their remarks in the comments of the article.  Dishonest people wishing to dissuade people from reading the truth will post in the comments of a link.  My blog is a knowledgeable, critically analyzed, and morally based opinion of a Christian conservative and classical liberal.  If you want confirmation of facts then try researching the Internet instead of stupidly crying “liar” like a mindless fool.  If you want to see opposing views presented then do it yourself!)

This site is my opinion only and is unpaid. I am a retired Paramedic/Firefighter with 25 years of service in the City of Dallas Fire Dept. I have a B.A. degree in Journalism, and A.A. degrees in Military Science and History. I have spent my life studying military history, world history, American history, science, current events, and politics making me a qualified PhD, Senior Fellow of the Limbaugh Institute, and tenured Professor for Advanced Conservative Studies. 😄 It is my hope that readers can gain some knowledge and wisdom from my articles.
View all posts by dustyk103 →
This entry was posted in Election 2016 and tagged 2016 Republican Presidential candidate, America, Barack Obama, Bernie Sanders, Bill O'Reilly, Capitalism, CNN, Democrats, Donald Trump, Elections 2016, FOX, Hillary Clinton, Jeb Bush, Journalism, Liberal media, Marco Rubio, MSNBC, Propaganda, Republicans, Ronald Reagan, Rush Limbaugh, Silent Majority, Socialism, Ted Cruz. Bookmark the permalink.