Democrats claim they represent “American moral values.”  The party that promotes killing babies in the womb and giving rights to criminals and foreigners wouldn’t recognize morality if it flew into their faces.

Obama keeps saying, “That’s not who we are” whenever Republicans call for him to make a moral decision.  Democrats don’t have the first clue of morality, let alone “who we are.”  The party if the Left has no moral authority to demand anything of Americans than criminals have to demand to be released from prison.  How do people who promote atrocities to humanity and the depredations of morality tell Christians, patriots, and the morally righteous what America represents?

In truth, in the Obamanation of Amerika, the inmates are running the asylum or, more accurately, the criminals are running the country.  Democrats have let more Moslems who hate America immigrate into this nation in the last ten years than have come here throughout history.  They have allowed more illegals to cross our southern border than ever in history and offered them entitlements and voter’s rights.  They have taken more wealth from the Middle Class in the last eight years than has ever been stolen in the history of the world. 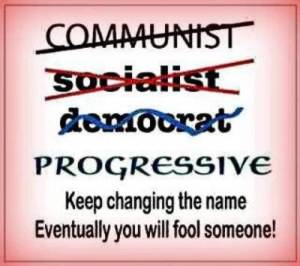 Liberal Democrats believe they represent what is right in America.  Republicans, who elected the GOP to stop the Democrat agenda, have been betrayed by moderates who work with Democrats and compromise.  Conservatives recognize that;

America does not need Moslem support

A billion Muslims can be wrong

This site is my opinion only and is unpaid. I am a retired Paramedic/Firefighter with 25 years of service in the City of Dallas Fire Dept. I have a B.A. degree in Journalism, and A.A. degrees in Military Science and History. I have spent my life studying military history, world history, American history, science, current events, and politics making me a qualified PhD, Senior Fellow of the Limbaugh Institute, and tenured Professor for Advanced Conservative Studies. 😄 It is my hope that readers can gain some knowledge and wisdom from my articles.
View all posts by dustyk103 →
This entry was posted in Conservatism vs. Liberalism, Election 2016, Islamism, Obama's legacy and tagged #blacklivesmatter, Abortion, America, American values, Barack Obama, Christianity, Crime, Illegal Immigrants, Islam, Islamic terrorism, Jihad, Morality, National Security, Police, Racism, Terrorism. Bookmark the permalink.