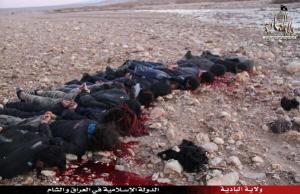 Obama and Hillary backed the Muslim Brotherhood revolt against secular rulers throughout the Middle East.  The result is the overthrow of several leaders that kept the peace, the rise of mass murdering ISIS savages as a new state, and the deaths of hundreds of thousands of people in the name of Islam.

The beauty of Donald Trump is invulnerable to media slander and makes them dance to his tune.  It is unquestionable that Obama’s policies in the Middle East have set the region on fire and Hillary helped him do it during her tenure as Secretary of State.  By backing the Muslim Brotherhood, Islamists who have renewed the Jihad to destroy all those who do not obey the call of Muhammad to wage holy war on infidels, they have unleashed hell and cost hundreds of thousands of peaceful people their lives at the hands of ISIS savages.

Obama’s phony war on ISIS has allowed them to not only secure their control of the region they occupy, but to expand.  Russian attacks have done more to destroy ISIS assets in a week than Obama did in a year.  But they also attacked Obama’s allies, the Arabs to whom he is giving American weapons, to forestall their insurgency against Assad.

In addition to Iraq and Syria, both Egypt and Libya have been setbacks for Obama.  The former by overthrowing the Muslim Brotherhood and declaring them a terrorist group, the latter by assassinating American Ambassador Chris Stevens forcing Obama and Hillary to create a cover up before the 2012 election.  The establishment of the Islamic State to rebuild the Caliphate through the Jihad, all of which Obama ridiculously claims is “not Islamic” despite fourteen centuries of their being exactly that, portends war on an unprecedented scale throughout the world.  Millions of Moslems flooded into Europe, along with many hundreds of ISIS infiltrators, and are demanding the West cater to Islam.

Islamic terror attacks, rapes, robberies, and riots have become commonplace.  Some European countries are beginning to fight back.  France raided and closed three mosques after discovering a weapons cache inside.  Norwegians and Germans are burning Moslem refugee centers and demanding their government eject them.  An investigative report of Moslems in Syria says they just want to end the insurgency and go back to their homes, but Obama is insisting Europe and America absorb them rather than demanding the Saudis and other Moslems governments take them in.

Trump says Hillary has killed hundreds of thousands of people

Imam admits Islam is not a religion of peace

Proof of fraud – the Democrats agenda to tax Americans

This site is my opinion only and is unpaid. I am a retired Paramedic/Firefighter with 25 years of service in the City of Dallas Fire Dept. I have a B.A. degree in Journalism, and A.A. degrees in Military Science and History. I have spent my life studying military history, world history, American history, science, current events, and politics making me a qualified PhD, Senior Fellow of the Limbaugh Institute, and tenured Professor for Advanced Conservative Studies. 😄 It is my hope that readers can gain some knowledge and wisdom from my articles.
View all posts by dustyk103 →
This entry was posted in Election 2016, Islamism, Obama's legacy and tagged Barack Obama, Donald Trump, Elections 2016, Hillary Clinton, ISIL, ISIS, Islam, Islamic jihad, Islamic State, Jihad, Mass Murder. Bookmark the permalink.