Democrats say Republicans are Nazis who must be killed

What part of this is not subversive terrorism?  Democrats have been assassinating police, attacking ICE agents, and conducting mass shootings, then justifying them by blaming Republicans.

This isn’t politics.  This is a terror war.

No, you don’t get to say “they didn’t actually say ‘they should be killed’” when you say Trump calling the illegal alien crisis an invasion, a flood, and an infestation is calling for their extermination inciting shooters like El Paso.  Two-faced liberalism buys you no excuses here.  Liberal Democrats are not just inciting civil disobedience.  They are not just advocating resistance.  They are openly encouraging their looney base to take up arms and kill Republicans that have been maligned as Nazis.

This is how socialists seize control of a country.  They warp the minds of ignorant people, corrupt their morals, twist their souls, and lead them in an uprising against the rightful rulers.  Machiavelli instructed in “The Prince” how to combat the radicals that Alinsky instructed in how to overthrow righteous leaders.  This has gone far beyond rhetoric.  It is far past propaganda.  Democrats are shooting people en masse by blaming Republicans as being evil to justify making them their victims.

If you understood how Hitler corrupted the Germans to give Nazis leadership over the nation to follow him down the Road to Hell, then you would realize that it is not Trump Republicans who are following his example but Obama Democrats.

Republicans are Nazi white supremacist, dontcha you know.  The border patrol is racist.  ICE agents run concentration camps and round up illegal aliens just as Nazis rounded up Jews to put in gas chambers.  President Trump praised neo-Nazis as “good people.” And Republicans are the new white nationalist of the KKK.  They all deserve to be killed along with their children.

This is what every Democrat presidential candidate is encouraging in their voters.  Their actions range from boycotting businesses to terrorizing families to assassinating police.  This isn’t political division.  This is a socialist insurrection.  This is not freedom loving patriots fighting for liberty.  This is identical to how Hitler led Germans against the Jews.  It’s not Republicans demonizing immigrants.

Obama began this war with his Department of Justice under Eric Holder declaring that incarceration of black criminals far in excess of their percentage of the population was due to racism rather than to black crime.  Obama Democrats do not encourage minorities to not be criminals.  They tell them that they are oppressed by tyrants whom they must overthrow.  This is all a part of Obamaism.  Democrats stupidly elected a Moslem communist to be president, and instead of healing the nation’s racial divide he opened up a chasm.  He corrupted the government, subverted the nation, split the culture, and began an open war between socialists and Americans.

Democrats are now actively and openly working to increase crime to terrorize the populace, while at the same time they are trying to manufacture a recession on which to blame Trump.  They don’t care if the people suffer as Bill Maher attests to.  After wrecking the lives of the American people, they then tell everyone that the solution is to elect Democrats.  This is Alinskyite radicalism to overthrow America’s system of government so they can install themselves as rulers.

This latest shooting in Philadelphia of six police by a drug dealer is clear proof of my words.  Before an hour had passed, Democrats were out condemning the police who were serving a warrant.  They blamed guns when their perp opened fire with illegally obtained weapons. 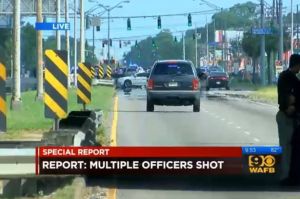 When it ended, the surrounding residents didn’t cheer the police victory but jeered at them.  This is the poison that Democrats have infused in the minds of their criminal base.

Communication is difficult to begin with.  People misunderstand and misstate their words constantly. Democrats deliberately obfuscating and twisting what people say makes it next to impossible.  If genetics has something to do with political affiliations, then Democrats are the party of criminal sociopaths.  Genetics may be a factor in their dysfunctional behavior, but it is certainly no excuse.  These two-faced leftist gas lighters and their liberal dupes twist every fact with their delusional truths.

Democrats always blame Republicans for what their own leftists do.

These are just six of the most egregious examples of Democrat twisting words, obfuscating events, and gaslighting so they could blame Republicans for what Democrats do.  The result of this is that liberals are stupidly electing anti-police Democrats as mayors of their cities.  The only people in America who are anti-police are criminals.

In socialist countries the police are government henchmen oppressing the people.  In a free nation like America they are the protectors of the people that keep them safe from criminals.

Democrats have twisted America’s soul in their efforts to take control.  Blaming all Republicans as being the KKK and neo-Nazis, of whom there are less than 10,000 actual members in the USA, almost all of whom are still Democrat who as much racist bigots as ever.  It is the pinnacle of lies, along with their declaration that Islam is peace, that these Democrat creatures are creations of Republicans.  Ask any Democrat if they know to what party Lincoln belonged and what party were southern slavers and today’s northern unions?

America is under assault by the warring factions of Democrats seeking to overthrow our Constitution.  Their minds have been corrupted to believe that socialist tyranny would be beneficial to them.  Unless President Trump puts down this insurrection, and stops Democrat voter fraud at the same time, this nation is on the edge of the cliff ready to fall off.

2017 Kaine says Democrats must fight in the streets against Trump 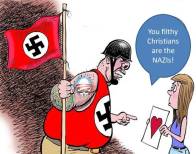 This site is my opinion only and is unpaid. I am a retired Paramedic/Firefighter with 25 years of service in the City of Dallas Fire Dept. I have a B.A. degree in Journalism, and A.A. degrees in Military Science and History. I have spent my life studying military history, world history, American history, science, current events, and politics making me a qualified PhD, Senior Fellow of the Limbaugh Institute, and tenured Professor Emeritus for Advanced Conservative Studies. 😄 It is my hope that readers can gain some knowledge and wisdom from my articles.
View all posts by dustyk103 →
This entry was posted in Democratic socialism, Elections 2020, Fundamentals and tagged Alinsky vs. Machiavelli, Cop Killers, Democrat criminals, Democratic socialism, Donald Trump, Mass shootings, Obamaism, Patriotism, Republicans vs. Democrats, Socialist Insurrection. Bookmark the permalink.