Bribery, Extortion, and Favors in Ukraine

Democrats exempt themselves from corruption laws just as they exempt themselves from slander and insider trading laws.  The problem isn’t that it is wrong, but that Democrats made it legal for themselves to violate laws for which they imprison citizens.  The first defense of the thief is to lie by accusing his accusers of being thieves who are lying.  This is why evidence and proof are required in a court and not just hearsay.  You can say anything, but actions speak louder than words and deeds are what define the truth.

In their impeachment inquiry, Democrats accuse President Trump of attempting to bribe Ukraine to “dig up dirt” on a political opponent presumed to be the Democrat nominee, Joe Biden.  The transcript of his phone call reveals he withheld nothing from them and asked for no “dirt,” but rather gave them the assistance they needed to defend their country against the Russian invasion without qualification.  His only request was that they look into the corruption of a company that VP Biden forced them to suspend.

President Trump is not accused of accepting bribes from foreign governments, but of offering bribes.  Making trades with foreign leaders is not bribery, it is deal making.  This is how business is done.  Businesses and countries trade goods and favors.  Withholding aid from a country in distress would be extortion, except that Trump didn’t withhold any aid until his wishes were met.

That lie and that crime, like bribery, falls into the laps of Obama, Biden, and Hillary.

Operation Fast and Furious was Obama’s first crime in office in which he had his Attorney General, Eric Holder, sell military weapons to Mexican drug cartels.  The investigation into this was stifled by his illegally extending Executive Privilege over Holder to not testify before Congress.  Aside from holding him in contempt, nothing was done.  The crime of hanging Ambassador to Libya, Christopher Stevens, out to die without any rescue attempt was Obama’s second crime.  Stevens was going to reveal how Obama and Hillary were funding the Muslim Brotherhood with American taxpayer money.

The creation of the Islamic State and rebellions to overthrow Middle Eastern governments by Obama was almost exposed.  Hillary having Ukraine create the dirty Steele Dossier by which to obtain illegal FISA warrants to spy on the Trump campaign is the third great crime of the Obama regime.  Joe Biden taking bribes from foreign countries to employ his son in corporations about which he knew nothing, and then extorting Ukraine to not investigate his corruption, is the bonus.

Why none of these have been investigated since is mainly due to Paul Ryan who headed the Republican Congress for the first two years of Trump.  Allowing Democrats to take

control of Congress to distract the nation with their phony impeachment investigations is how they have kept these crimes out of public view.  For President Trump to be asking Ukraine for a favor to investigate corruption is only a crime when it is done to uncover fascist Democrats.

Hunter Biden and Chelsea Clinton are the poster children for the Democrat Party hierarchy of hereditary nobility.  A republic has no nobles, but you wouldn’t know that when you look at Democrats and how their greedy children are given free rides.  Then they encourage their greedy poor to ask for something for nothing as well.  For those who know nothing of Republicans aside from what they learned from Little Orphan Annie, it is not the right that assists corporate greed, it is the left.

America is swamped in corruption from top to bottom.  The greedy rich Democrats slander rich Republicans who work to make their wealth.  Democrats only seek to take that wealth to line their pockets and dole out enough to make poor people vote for them.  In the history of the world only rich people get fat.  In America, our poor people are fat. 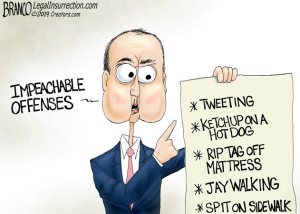 That’s because they get something for doing nothing and use that to feed their greed rather than improve their lives.

Liberalism is the ideology of being diverted from doing what is right by condemning the righteous as being the greedy.  The arrogant fools who think they are too smart for religious faith stupidly think they are scientists when they don’t know how many genders there are in humans.  All of America is in the throes of corruption with half the population working to empower those who would bring America down in decline.  America’s two-faced nobility is happy to seduce and distract the ignorant fools who are gullible enough to follow them to their own destruction. 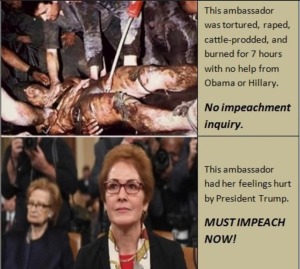 Charge Schiff with Conspiracy and Biden with Bribery and Extortion

This site is my opinion only and is unpaid. I am a retired Paramedic/Firefighter with 25 years of service in the City of Dallas Fire Dept. I have a B.A. degree in Journalism, and A.A. degrees in Military Science and History. I have spent my life studying military history, world history, American history, science, current events, and politics making me a qualified PhD, Senior Fellow of the Limbaugh Institute, and tenured Professor Emeritus for Advanced Conservative Studies. 😄 It is my hope that readers can gain some knowledge and wisdom from my articles.
View all posts by dustyk103 →
This entry was posted in Democratic socialism, Elections 2020 and tagged 2020 Democrat presidential candidate, America's Democrat Nobility, Biden Ukraine Corruption, Donald Trump, Joe Biden, Trump Ukraine Corruption, Ukraine Corruption, Washington corruption. Bookmark the permalink.