Nepotism is frowned upon in D. C. politics.  But, as in all things, Democrat’s ethics are two-faced.  When Democrats get their children ultra-high paying jobs in companies of which they know nothing of their business it is respectable.  When Donald Trump has his children working in his field of business it is degenerate exploitation.

the practice among those with power or influence of favoring relatives or friends, especially by giving them jobs.

Democrats say they believe this is wrong, but they don’t practice what they preach.  When it comes to raising children in the same career field as their parents, Democrats have a problem with this.  They believe children should not be given a leg up by their parents.  Yet they not only give their own children a leg up but hike them to the top without their first serving at the bottom.  They seek to restrain people with money from advancing their own children with their prosperity and so exorbitantly tax the rich upon their death.  This death tax resulted in thousands of family farms being lost to the government in favor of corporate farms.  Democrats never protected the poor from the rich. 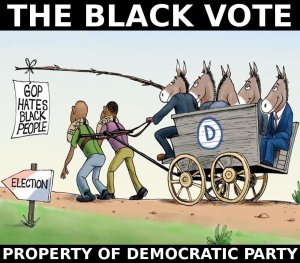 They victimized the poor because Democrats are the rich.

Donald Trump’s children are all well-educated and had careers in real estate development that is their father’s lifelong career expertise in which he became a billionaire.  When Donald Trump became President of the United States, his adult offspring got out of their international business dealings to avoid even the appearance of nepotism.  Joe Biden’s sons were not educated, experienced, or talented in the businesses on which they were made board members in Delaware where he was a senator for forty years.  That’s partly due to their father whose only career was being a politician.  When he became Vice-President is when his offspring began their international careers on the boards of foreign companies in which they had no education or experience.

Like Hillary’s daughter Chelsea getting a job at CNN right out of college paying her almost a million dollars a year, the nepotism of Democrats is not just extreme nepotism, but rises to the level of bribery and extortion of companies.  Just like the college admissions scandal that is convicting a few rich Hollywood actors and actresses for their unfair use of their wealth to get their kids into the best schools, liberals see nothing immoral about using their wealth against the poor in this manner.  Leftists constantly reward their own bad behavior like the kid, I forget his name, who was given the Cronkite Lifetime Achievement Award in Journalism the day after he took his first job.  It’s a sickness.

Donald Trump, Jr. and his brother Eric successfully lead companies that their father had them educated and trained to lead.  Hunter Biden was put on the boards of MBNA bank and Amtrak rail based in Delaware when neither he nor his father had any connection except that his father was senator of that state for decades.  As the Trump’s empire contracted, Biden’s grew.  The Trump’s lost billions of dollars while the Biden’s took in billions from foreign investors.  Where that money is, is well hidden.  Biden openly bragged about extorting Ukraine from investigating corruption in his son’s company.  In 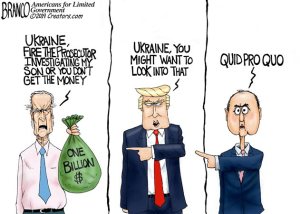 their impeachment process to attempt to overthrow Trump, Biden says to look at Trump, not him.

The Deep State Cabal Against Trump Is Very Real

Democrat corruption runs deep in their deep state cabal.  They slander Trump for bringing his sons and daughters to work in the White House.  But when Nikki Haley reveals that even some senior members of Trump’s staff worked to undermine him is it any wonder that he wants people he can trust?  The saboteurs of the left are doing all they can to derail Trump from restoring power to the people and bring down Washington corruption.  That corruption has infused itself in American culture to embrace leftist totalitarianism as being benevolent when it has only been malevolent.  America has a short life to exist, not due to climate change, but due to corruption by Democrats and some Republicans if he does not succeed in bringing them down.

Charge Schiff with Conspiracy and Biden with Bribery and Extortion

This site is my opinion only and is unpaid. I am a retired Paramedic/Firefighter with 25 years of service in the City of Dallas Fire Dept. I have a B.A. degree in Journalism, and A.A. degrees in Military Science and History. I have spent my life studying military history, world history, American history, science, current events, and politics making me a qualified PhD, Senior Fellow of the Limbaugh Institute, and tenured Professor Emeritus for Advanced Conservative Studies. 😄 It is my hope that readers can gain some knowledge and wisdom from my articles.
View all posts by dustyk103 →
This entry was posted in Democratic socialism, Elections 2020 and tagged Biden Ukraine Corruption, Donald Trump, Donald Trump Jr., Hunter Biden, Joe Biden, Trump Impeachment Hearings, Trump Ukraine Corruption, Ukraine Corruption, Washington nepotism. Bookmark the permalink.