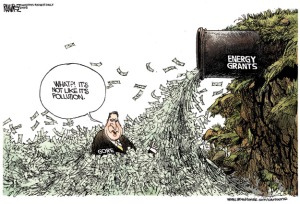 Do you believe global warming is based on science?  There are thousands of scientists and politicians convincing those ignorant of science that those who see through their fraud don’t believe in science.  Al Gore, who made a famous movie about how mankind’s CO2 is going to destroy the planet, has made hundreds of millions in promoting this scam.  In this case, liberals don’t follow the money.

Leftists say the burning of CO2 by man is destroying Mother Earth.  The scientific evidence of this is not found in a dying planet.  Their formulations that say the planet is warming and will cause the polar ice caps to melt and flood the oceans, and the land to become arid deserts falls flat on its face for those who do know science.  But the witch hunters of the Gaia worshippers declare that those who deny their science deny all science.

Liberals are so ignorant of actual science that they are easily misguided by those whose political alliance inspires them to deceive fools that the sky is falling.  Al Gore has made a quarter of a billion dollars off of his global warming scam.  Follow:

Al Gore says CO2 is causing global warming which will cause the Earth to burn up unless we stop burning fossil fuels.  He makes tens of thousands of dollars doing speaking engagements to tell his tale.  In the process he flies private jets and big cars and has bought big houses so that his “carbon footprint” is a thousand times more than the average person.  How does he make up for this?

Al buys Carbon Credits from a company that plants trees and such that absorb CO2 to make up for it.  That’s just great except for the fact that he owns the company from which he is buying these credits.  Not only is he paying himself, his company gets tax deductions for being a “green company” and is subsidized by the government, so Al is getting paid by the government – our taxes – to run a company that plants trees.  Not only that, he also gets to claim tax deductions through a loophole because he is buying a product from a green company, which is no product at all.

So Al Gore has made $250,000,000 dollars from money he gets from taxpayers that he pays back to himself and gets to claim tax deductions so he doesn’t have to pay taxes on it.  Taxpayers have given Al Gore a quarter billion dollars of personal wealth for which he pays no taxes back for a product that does nothing that lumber companies haven’t already been doing for decades.  Can you say “suckers?”

Do you think if Algore can make hundreds of millions of dollars by peddling a scam that there aren’t unethical scientists who would like a piece of that action?  How easy it is to present partial facts to convince ignorant fools to give him their money to “save the planet” because the “sky is burning?”  The rest is in their appeal to young hearts to save the polar bears that are dying because their icebergs are melting.

Democrats won’t allow oil drilling on Alaska’s North Slope because Caribou migrate through there and will die because drilling will destroy their “pristine wilderness.”  Well, children, there are more polar bears than ever because hunting them was suspended.  And nothing migrates through the North Slope because it’s an arctic wasteland and there’s nothing to eat there!  (Certainly don’t mention that oil wells in this vast wasteland would be as much an obstacle as a flea on an elephant’s butt.)

Liberals are parting fools from their money, nothing more.  Mankind can no more save the planet from his pollution than he can change the climate through science.  The Earth is an eco-system that has been processing waste for a billion years.  The scariest part of this is that when honest scientists call out the scammers then the witch trials are launched against them because “they deny science.”  Here’s the truth; there are no “flat-earthers who reject science,” just flat-headed bulls who spend their time in a gully when they’re not living on their Egyptian riverboat.

The most important lesson to learn is that science is just like math.  There’s a saying in statistics;

The same is true of science.  Science doesn’t lie, but scientists do – especially when there is money involved.  Just because they are scientists doesn’t mean they aren’t greedy or incapable of deceiving people for monetary gain.

This site is my opinion only and is unpaid. I am a retired Paramedic/Firefighter with 25 years of service in the City of Dallas Fire Dept. I have a B.A. degree in Journalism, and A.A. degrees in Military Science and History. I have spent my life studying military history, world history, American history, science, current events, and politics making me a qualified PhD, Senior Fellow of the Limbaugh Institute, and tenured Professor for Advanced Conservative Studies. 😄 It is my hope that readers can gain some knowledge and wisdom from my articles.
View all posts by dustyk103 →
This entry was posted in Climate Change, Election 2016 and tagged Al Gore, An Inconvenient Truth, Carbon Credits, Climate change, Climate change fraud, Climate Science, Global Warming, Global Warming scam, Penn & Teller's global warming Bullsh*t!, Science. Bookmark the permalink.

13 Responses to Follow the money of the global warming scam