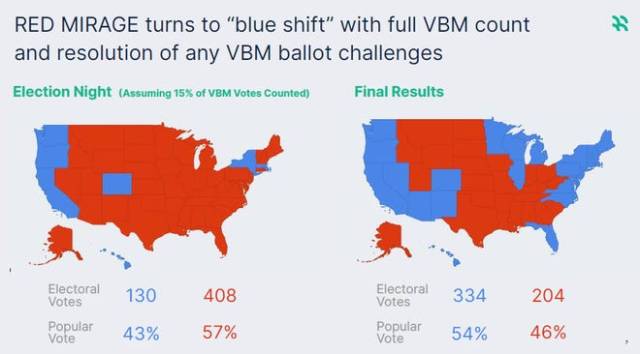 A Democrat report says that Republicans believe in a “Red Mirage.” This means that President Trump will “appear” to have won big on election night, but then, as mail in ballots are counted, Biden will win a massive landslide. They “predict” that Millennials who have never voted will turn out by the millions to vote by mail. Democrats plan is to have tens of millions of mail-in ballots sent throughout the country. No one will know who fills out these ballots and sends them back in. Democrats will not be comparing any signatures or have any identification of the casters.

Do you believe that ballots mailed to your house will be filled out by each person choosing to vote or filled out by whoever picks them up from the mailbox? Do you believe all those ballots will reach their destination without some rabid partisans willing to discard them? Do you believe people are 100% honest in voting? Port St. Lucie, Florida, has consistently reported 150% of ballots being cast per registered voter in their district all for Democrats, yet no investigation has ever been made of them. How stupid are people to believe that Democrats are not so desperate to regain power that they wouldn’t cheat, or that liberals are not so morally corrupt that they would not only turn a blind eye but actively cheer for them to do so in the name of social justice? States like California added millions of votes by illegal aliens demanding that the Electoral College be eliminated, and liberals promoted this. The college exists to prevent states from stuffing the ballot box to overwhelm the electorate. That’s why America is a republic rather than a democracy.

I have friends who have been gathering ballots to cast votes for other people. They have already proven that it works. Three of them acquired over a thousand ballots in the last election. Of those ballots, they filled out half for Republicans and half for Democrats. On investigating the tallying of those ballots, they found that 30% of the Republican ballots and 2% of the Democrat ballots were never accounted for, and that less than 1% of the ballots were rejected for appearing inappropriate. They delved further to find that ballots signed by Mickey Mouse and the like were counted along with those from family pets. Most were accepted even though the voter’s name used had never voted before or since. Some were not even registered, while some with legitimate names on legally cast ballots were rejected. There have been similar tests conducted, but none have been in depth or officially sanctioned, thus Democrats reject the flaws that have been proven to exist. In person cheating only exists where Democrat pollster operatives permit it. Rarely have they been caught. 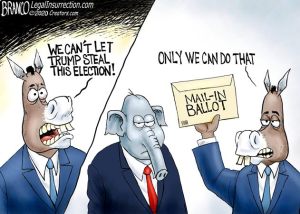 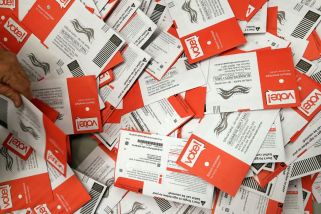 This Democrat mail-in ballot campaign over Covid, which has proven to be nothing more than another flu virus that kills frail old people rather than Ebola as Democrats declare, is a scam. Their mail-in voting prediction is not wishful thinking or a prediction of a hopeful future. It is THE PLAN! They will throw the election into chaos by declaring Joe Biden the winner and demanding President Trump vacate office or be declared a usurper requiring Speaker Pelosi to declare Martial Law. Democrats claiming it is Trump corrupting the election by telling Republicans to vote twice had their backsides resoundingly spanked in a press conference by his press secretary for warping the president’s words.

This is just another version of stealing elections that Democrats have done through voter fraud for decades. Ballot harvesting, dead people voting, Democrats voting in multiple locations, phony ballots by hyper partisan Democrat pollsters willing to lie, cheat, and steal are just a few of the techniques they have used. Ask Democrats who say voter fraud doesn’t exist what the frack their Russian collusion was all about if it’s not about voter fraud. Then sit back and laugh as they spin their web of lies till their tongues are tangled. Accusing Trump of having Russia steal the election was proven a supreme fraud contrary to Democrats who will attempt to steal the next one and damn Trump if he prevents them from doing so. This will be Russian Collusion v4.0.

Do you trust your government unconditionally? 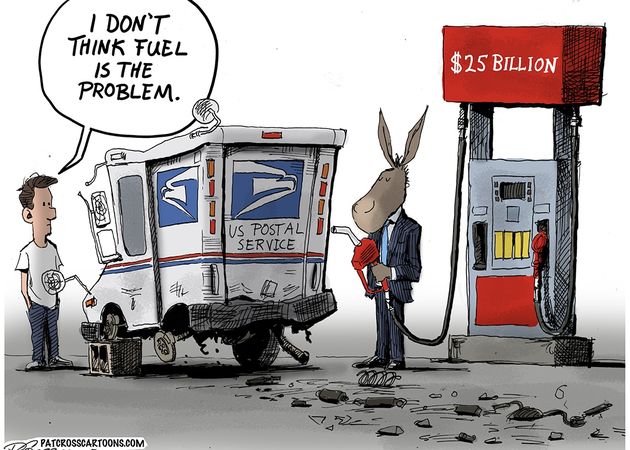 [Author’s Note: Have you listened to Biden lately? He can’t even read a teleprompter sensibly. I repeat my prediction that Biden will probably die of a sudden ailment before the election and Harris will assume the mantle and cry out, “Vote for Joe!” Minnesota has proven how well their counting anonymous ballots after Election Day can be used to flip elections. Miami’s top election official openly admitted to destroying Republican ballots, yet she is still re-elected by Democrats to oversee elections. Democrats cannot be allowed to steal America so they can abolish the Constitution. Their stated goals are to disarm Americans, flood the nation with communist foreigners, and abolish the people’s rights. Their declaration that they want nothing of the sort is just words from the serpent’s tongue.

Americans will either reject them utterly along with their frauds or descend into an extremely violent civil war. Democrats have been openly fighting Civil War II since Obama’s election. Their defunding police to empower criminals under the guise of racist social justice is the clearest indication that they want criminals to rule over their subjects. The North has already made the grievous error of allowing crime lords to become politicians. Eventually, in civilized nations throughout history, the criminals become so powerful that they challenge the authority of the rightful government. This always results in a war in which one side or the other is wiped out. America is fast approaching that brink and there are no guarantees that good will triumph over evil as now communist controlled nations have proven.] 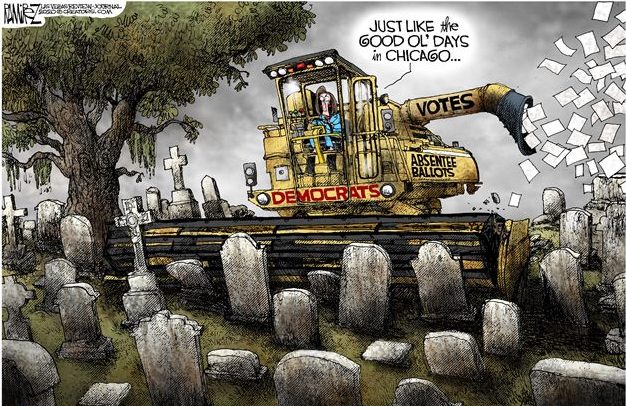 Democrats Give “Going Postal” a Whole New Meaning with Voting 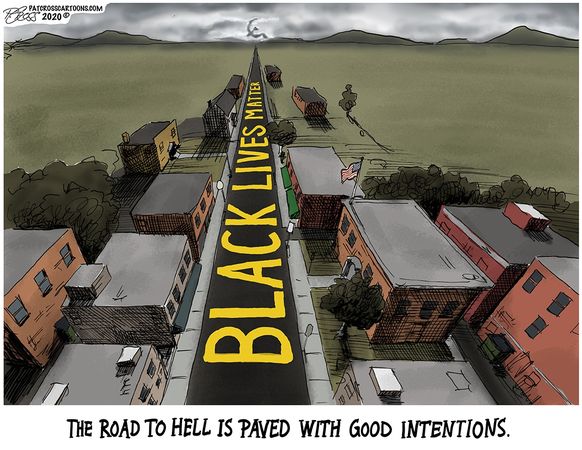 This site is my opinion only and is unpaid. I am a retired Paramedic/Firefighter with 25 years of service in the City of Dallas Fire Dept. I have a B.A. degree in Journalism, and A.A. degrees in Military Science and History. I have spent my life studying military history, world history, American history, science, current events, and politics making me a qualified PhD, Senior Fellow of the Limbaugh Institute, and tenured Professor Emeritus for Advanced Conservative Studies. 😄 It is my hope that readers can gain some knowledge and wisdom from my articles.
View all posts by dustyk103 →
This entry was posted in Democratic socialism, Elections 2020, Illegals voting, Social Justice, Socialism, Voter fraud and tagged 2020 Elections, America Civil War II, America's 21st Century Civil War, Biden landslide win, Democrat Coup, Democrat's mail-in voter fraud campaign, Democrats - The Plan, Donald Trump, Joe Biden, Kamala Harris, Mail-in Voter Fraud, Red Mirage, Russian Collusion v4.0, Social Justice. Bookmark the permalink.