Is anyone watching the Democrat’s impeachment of the president?  Democrats have made it perfectly obvious that they hate Trump and the Republicans that voted for him.  No matter how often they denounce him as; violating the Constitution, working for his own benefit, and colluding with foreign agents, the vast majority of the American people are not being duped.  President Trump has announced that the IG’s initial investigation into the FISA warrants to spy on him during the campaign represent an attempt to overthrow the rightfully elected government.  Democrats declaring his administration to be illegitimate due to Russian meddling has proven bogus.  Pray that Trump will bring the full weight of American justice down on their heads!

“Civilization itself is at stake”

Trump is ushering in a golden age for America, one for which Obama is trying to take credit.  This is in danger from Democrats who want to overthrow him.  Trump a greedy traitor is likewise not being bought into by most Americans.  But there is a percentage of far-left liberals who are duped, who are haters, and who want to destroy America as founded.  Democrats are warring against Christianity and business in an effort to re-secure their power in Washington.  Donald Trump has done everything he said he would do in his campaign.  He is draining the swamp to expose the swamp rats that have infected the government in Washington bureaucracy.

Trump is popping zits on the face of democracy and their corruption is boiling out of their pustules.

Leave it to a Christian billionaire businessman that the Founders, in their great wisdom, said would be needed to overturn the apple cart of the corrupt in DC.  This is what the Founders envisioned and what power-mongering politicians have long feared.  America was not meant to be ruled by greedy lawyers but governed by responsible businessmen.  Americans are not fooled by Democrat’s denial of the prosperity that Donald Trump has wrought by undoing Obama’s legacy of managing American’s decline.  Democrats are campaigning on a platform of hate, anger, fear, anti-American, and anti-Christian scorn.  They campaign against peace and prosperity with lies and smears.

What kind of brain-dead fool must one be to believe anything they say?  I won’t be watching the day today so soap opera of Democrats trying to gin up hate for this man who is proving to be one of America’s greatest presidents.  Every lie Democrats tell takes a few days to be fully exposed.  There’s no point in wasting my time by following their narrative.  Always take a few days to let the truth be shaken out of the Democrat’s charades.  There is nothing worse than believing everything Democrats say when they have been proven to be 100% bogus.

Believe in the adage of believing nothing Democrats say and only half of what Republicans say.  Donald Trump has been the most open president since Ronald Reagan in exposing Washington for the corrupt cesspool of would be tyrants.

All Democrats have is their repeatedly continued claims that Russia is the beneficiary of Trump, that they corrupted the last election and will corrupt the next if Trump wins.  They have done nothing for this country and violated their own campaign promises to pursue ultimate power by overthrowing Trump.  Like John McCain they are traitors to their voters.  Democrats have no fingerprints on this economic boom and have only blocked Trump’s efforts to make great again trade to increase economy.  They were trying to talk up a recession six months ago, and you can bet that, if they get control of both houses of Congress during Trump’s administration, they will nuke the economy again as they did in George Bush’s last year and blame him for it.

While they keep claiming that Russian collusion that has been proven beyond a shadow of a doubt to be false, they maintain that Trump’s investigation of their crimes during the election has been debunked before the investigation has even gotten off the ground.  Democrats are people who live in opposition to all that is righteous.  Everything they say

and do is opposite of their claims just as their smears of Republicans are merely reflections of their own actions as they try to project on their own hated on their opponents.

Democrats do not, and never have, represented the people of America, but only represented their own desires to power.  The majority of the nation should be waking up to this basic fact and understand that Democrats have only succeeded by corrupting the vote themselves.  The sooner the nation enacts extreme voter ID, the sooner Democrats can be relegated to the dustbin of history along with the slavery ideology, the better off America and the world will be.  Democrat’s lies about Trump all stand exposed as empty words while the deeds of Obama prove he is the anti-American, anti-Christian, communist Moslem that has been the catalyst for this Second Civil War.

Another great show by Rush Limbaugh of exposing the left 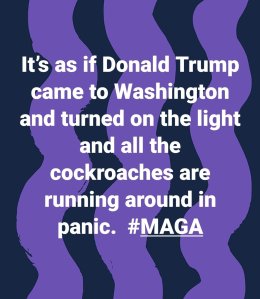 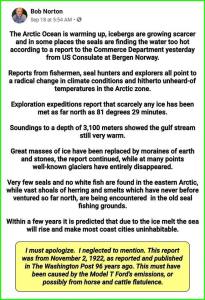 This site is my opinion only and is unpaid. I am a retired Paramedic/Firefighter with 25 years of service in the City of Dallas Fire Dept. I have a B.A. degree in Journalism, and A.A. degrees in Military Science and History. I have spent my life studying military history, world history, American history, science, current events, and politics making me a qualified PhD, Senior Fellow of the Limbaugh Institute, and tenured Professor Emeritus for Advanced Conservative Studies. 😄 It is my hope that readers can gain some knowledge and wisdom from my articles.
View all posts by dustyk103 →
This entry was posted in Democratic socialism, Elections 2020 and tagged Adam Schiff, American Political Civil War, Barack Obama, Deeds Not Words, Democrat corruption, Donald Trump, Jerry Nadler, Nancy Pelosi, Rush Limbaugh, Trump Impeachment, Washington corruption. Bookmark the permalink.