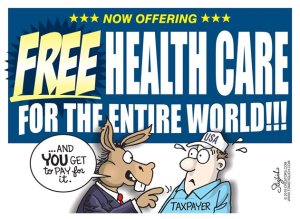 A doctor on every corner and a cellphone in every hand

Democrat’s promise to tax the rich into the poorhouse, import anyone and everyone into the country that wants free stuff, and save the planet from America. 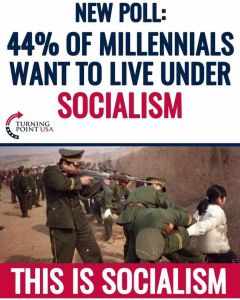 Socialism, illegal immigration, and climate change.  These methods are how Democrats will save the world from America.  They promise everything for free to all the world except working Americans who are expected to pay for it all.  Democrats motto is “Dream big or go home.”  Taking pages from the history of socialism one always finds two things; A ruling elite lording it over the masses as they steal their wealth, and a tyrannical government that imprisons and kills any dissenters.

Democrats: a party of lies, a people of fools

Democrats continue to campaign against Trump on the basis of lies, smearing him as a racist demagogue promoting fearmongering, while talking out of the other sides of their mouths doing exactly what they accuse Trump of doing.  They are even condemning Obama for not being radical enough!  As if being America’s first African-American communist Moslem president wasn’t enough?  While they smear Trump, they ignore how nasty Obama and their own people talk.  Here’s a list of what Democrats say about Trump followed by how they talk:

These are just a few of leftist’s two-faced talking points.  Democrats cannot speak honestly about anything Trump says or does.  They call him a xenophobe when he is married to an immigrant.  They call him a racist when the people he has helped the most are minorities.  They call him a misogynist when he has elevated women.  They call him a liar when everything he believes he says out in front of video cameras.  Leftists smear Trump the same way they’ve been smearing Rush Limbaugh and FOX News.  They start by declaring them liars and then instruct their lemmings to not listen to anything they say.  Of course they can’t listen to them!  If they heard both sides of the story instead of only the side that Democrats impose on their minds, then they just might realize the truth.

Democrats are sabotaging America by importing third-worlders to create their dystopian vision of America with which to blame Republicans.  They then expect the people to turn to them in tears begging for Democrats to save them.  In Democrat’s minds they are the saviors who would lead Americans to Utopia with themselves ruling over the masses.  Guess what the masses would actually get.  CNN and MSNBC blame Trump for their losses in ratings.  How about taking credit for three years of fake news?  They think the people are too stupid to see through leftist media lies on their own.

Biden had a press conference the day after his debate performance.  If you can listen to Biden and make sense of the gobbledygook he spoke then tell the rest of us what you heard him say is his plan for making America better.  Compare how he talks to how Trump talks making perfect sense.  Democrats claim he says racist things and lies all the time.

Can you quote single racist remark, or even a single lie, and be accurate and truthful?  The foundational problem with liberals is that they are incapable of recognizing doubletalk or wading through the bullsh*t.

Democrats have indeed created Utopias in their cities – for flies and rats.  The people who say they can clean up the planet to save it from climate change can’t even clean up the sewage off their own streets.  Democrats call Trump a racist for denouncing their efforts to make their cities better, but Candace Owens, founder of Blexit and the Red Pill Black foundation calls them out for their hypocritic façade.  Of Democrat candidate’s campaign promises they are making she says, 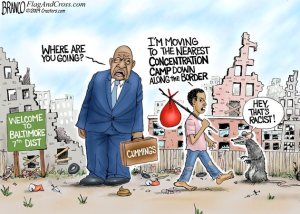 He’s going to cure your cancer.  I mean, they’re really outdoing each other in terms of who they can bribe.  No one’s thinking about what the implications are there.  Trillions and trillions of dollars.  Where’s it going to come from?”

When candidate Delaney challenged Democrats on stage with the same good sense, he was chastised by Warren who said, “Why would anybody run for president just to talk about what we can’t do?”  No.  Democrats must do as Obama did by promising the Sun, the Moon, and the stars then leaving their rabble to scratch in the dirt.  Warren’s explanation of why she calls herself a capitalist instead of a socialist, she says, is because she fights corporations.  What’s capitalist about that?  She’s not stopping greed that pervades Democrats in Washington but fighting against jobs.  She says Democrat need to dream big and learn what is right.

When Democrats figure out what is right – they vote Republican! 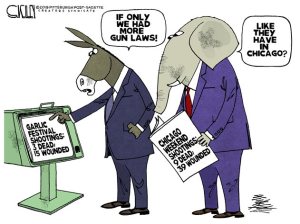 Flashback 1992: Environmentalism Is a Tool for Socialists 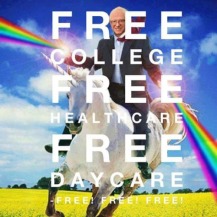 This site is my opinion only and is unpaid. I am a retired Paramedic/Firefighter with 25 years of service in the City of Dallas Fire Dept. I have a B.A. degree in Journalism, and A.A. degrees in Military Science and History. I have spent my life studying military history, world history, American history, science, current events, and politics making me a qualified PhD, Senior Fellow of the Limbaugh Institute, and tenured Professor Emeritus for Advanced Conservative Studies. 😄 It is my hope that readers can gain some knowledge and wisdom from my articles.
View all posts by dustyk103 →
This entry was posted in Democratic socialism, Elections 2020 and tagged Capitalism vs. Socialism, Democratic socialism, Donald Trump, Illegal Aliens Free Stuff, Tax Working Americans. Bookmark the permalink.