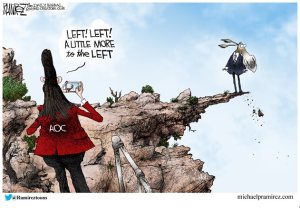 21st century American liberalism is the ideology of ignorant liberals believing lying leftists.  Liberals say conservative Republicans ignore Trump’s “racism” and deliberately try to smear Democrats.  This is exactly what Democrats are doing to Republicans to distract those who don’t know what Democrats have been doing in violating laws as they strive to corrupt the culture.  When you debate a liberal with the known facts their phony narratives explode in their faces and they resort to name calling.  They then accuse conservatives of calling them names when describing them as socialists.  Contrary to leftist sentiment, saying that they are socialists as they describe themselves to be is not name calling.

Their deliberate ignorance being in denial of what all 20th century socialists become, i.e. Communist Russia, Nazi Germany, and Fascist Italy, as not being the same as what they are working to impose on America today is just pathetic ignorance promoting leftist propaganda.

Rush Limbaugh had a huge laugh over Bernie’s socialist policies.

“Bernie Sanders’ staff is demanding the same benefit package that his campaign is promising every American, and he’s refusing! They want a minimum $15-an-hour wage, and they want free health care! The people working on Bernie’s campaign are simply asking, “Hey, if this is what you’re proposing, how about doing it now?” And Bernie Sanders’ campaign is refusing! It’s classic!”

Bernie Sanders’ entire campaign staff is demanding the pay and benefits he is promising to all Americans to make them the example for his socialist policies – and he refused proving he is a two-faced liar.  The socialist policies of tax the rich, climate change, and elitist rule all would lead to the same result. 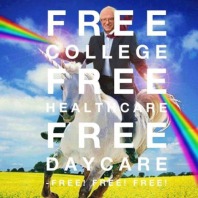 That being the loss of liberty and the dominance of leftist elitist tyrants who suck up all the wealth.

Kaepernick smearing Betsy Ross as a slave owner when she was what today would be called a feminist (not a Feminazi) proves that he and Nike are not protesting police brutality as some devious liars claim, but actually protesting America.  Betsy Ross lost two husbands to the Revolution, made the American and regimental flags, and ran a business.  Kaepernick and Nike represent those black athletes who believe they are slaves to rich white owners who pay them millions of dollars to play a game and live better than any kings in Africa.

Rush Limbaugh is raising millions of dollars selling “Stand Up for Betsy Ross” flag t-shirts.  He is giving all of the profits to the Tunnels to Towers Foundation that helps families of fallen military members.  That includes all of the armed forces, law enforcement, and fire rescue services.  Who is Nike benefiting with their profits from pulling their Betsy Ross flag shoes?  America hater Colin Kaepernick and themselves.

Back in D.C., Cortez whines about being treated with contempt by CBP officers whom she has lied about to vilify every day in every way.  This low-grade moronic America hater believes herself to be their superior only because she won a popularity contest by a few New York moron America haters to be in Congress. 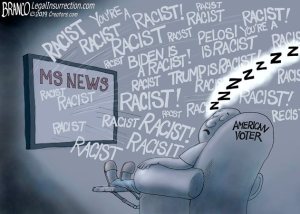 Congressmen hold no authority over any law enforcement in the nation.

Being a lawmaker does not put you in charge of the law keepers.  That is the position of the executive, i.e. the President!  Pelosi Democrats have resisted the president’s efforts to secure the border against criminal invasion refusing to fix the laws they have broken.  All citizens who are not America haters hold all Democrats in Contempt for their lawlessness while those America haters hold the nation in contempt.

Some expect Michelle Obama to jump into the race as none of the current flock of Democrat leftwing hacks are capable of taking on America’s greatest 21st century president.  All these idiot Democrats promoting socialism are going to turn off the vast majority of working Americans.

Only those dumb enough to believe that government taking more in taxes from corporations will mean jobs and security for themselves will vote for them.

Democrats will hope name association, combined with imported illegal aliens to vote surreptitiously in place of their citizens who remain half duped but will not vote Republican, will propel her to the White House.  She has as much hope as Hillary as some liberals have been educated by the actions of her husband to betray this nation and keep the economy under his boot.  Meanwhile, candidates like Warren only rise slightly in the polls as they worship in the liberal church of social justice climate change while promoting capitalism to create more taxes for government to take.  Biden is repeating “If you like your doctor you can keep your doctor” as if no one knows it was a lie when Obama promised it.  Democrats are as lost as ever and only those who are blind will follow them over the cliff.

Election 2020 campaigning has only just begun.

Green New Deal not about climate

[Author’s Note: Leftist’s latest stunt is to flood YouTube with 2 second clips of Fox News shows to flood the zone in order to obscure and censor the truth.  YouTube is doing nothing to stop this.]

The Only Conservative Lobby that Counts!

This site is my opinion only and is unpaid. I am a retired Paramedic/Firefighter with 25 years of service in the City of Dallas Fire Dept. I have a B.A. degree in Journalism, and A.A. degrees in Military Science and History. I have spent my life studying military history, world history, American history, science, current events, and politics making me a qualified PhD, Senior Fellow of the Limbaugh Institute, and tenured Professor Emeritus for Advanced Conservative Studies. 😄 It is my hope that readers can gain some knowledge and wisdom from my articles.
View all posts by dustyk103 →
This entry was posted in Democratic socialism, Elections 2020, Social Justice and tagged 2020 Elections, Alexandria Ocasio-Cortez, AOC Goon Squad, Bernie Sanders, Betsy Ross Flag, Colin Kaepernick, Democrat America haters, Democratic socialism, Donald Trump, Elections 2020, Michelle Obama. Bookmark the permalink.