The Kavanaugh Effect – All of my Heroes are Christian Soldiers

There is not a single entertainer I idolize.  There are some I respect, but there is no actor, athlete, or entertainer that I would put on a pedestal or respect just because of their achievements.  Actors pretend to be great American heroes, but most do not understand them.  Athletes are celebrated for their athletic prowess, but all do not appreciate the gifts with which God has blessed them.  Soldiers are then times more likely to be Christians that entertainers.  The likes of Elvis Presley and Charlton Heston are anomalies in the entertainment world.  People like Kevin Sorbo, Chris Pratt, Tim Tebow, Tom Selleck, and others are rare in the industries of celebrities that people idolize and those who control those industries revile the Christians among them.

The “Lord of the Rings,” “The Matrix,” Toby Maguire “Spiderman,” and “The Avengers,” have all been great movies founded in Christian faith, but the actors are not all devout, morally intelligent Christians.  Most have been duped by the left and the wool pulled over their eyes.  Many have spoken out against Republicans and some have even condemned Christianity.  This contradiction can only be understood when you understand the dichotomy of leftism.  It would take reading and understanding all of my articles on my blog to begin to understand what this means, but it can all be boiled down to selfish, two-faced deception that is known as satanism. 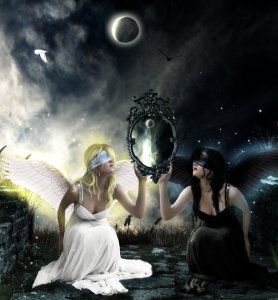 The light and the darkness are in all of us and we each can choose to follow the light or be blinded by it.  Those who wallow in darkness glom onto the worst of humanity such as those following Democrats into violence against the innocent.  They commit acts of terror believing themselves justified by deluding themselves into believing they are fighting evil.  This is identical to Islamists who murder Christians in the belief that Allah is God.  To fall into this kind of self-delusion requires brainwashing such as forcing them to pray five times a day to obey their evil leaders.

Those in Hollywood and in government do the same by twisting words, warping meanings, and concealing their true nature by casting aspersions of the righteous.  That is why all my heroes are Christian soldiers who shout out the truth like Rush Limbaugh, Billy Graham and his son Franklin, Ronald Reagan and Donald Trump, and many others.  The voices of Christians are never silenced no matter how hard the left tries to shout them down or destroy them.  As hard as they try they cannot destroy the truth.  Those whom God has blessed because their hearts embrace love rather than hate disguised as love will have their eyes opened.

Lock him up – Nazis vs. Christians; Democrats Make the Nation INSANE! 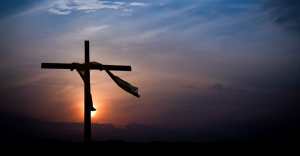 [Author’s Note: There are those who believe Christians desire the destruction of all life.  That’s not what Armageddon is about.  I do not fear Armageddon because Jesus is in my heart and it’s not about the end of the world but the end of those who are anti-God.  I believe that we live this temporary life to learn why we were wrong to follow Lucifer out of Heaven and embrace the selfish of satanism.  But I have faith that God forgives mistakes, while I know that Satan destroys with his lies, and that Christians need not fear for the future of their souls.  Leftists condemn us for being sinners, but the truth is that if we led sinless lives then we wouldn’t need Christ.]

This site is my opinion only and is unpaid. I am a retired Paramedic/Firefighter with 25 years of service in the City of Dallas Fire Dept. I have a B.A. degree in Journalism, and A.A. degrees in Military Science and History. I have spent my life studying military history, world history, American history, science, current events, and politics making me a qualified PhD, Senior Fellow of the Limbaugh Institute, and tenured Professor Emeritus for Advanced Conservative Studies. 😄 It is my hope that readers can gain some knowledge and wisdom from my articles.
View all posts by dustyk103 →
This entry was posted in Elections 2018 & 2020, Politics and tagged America haters, American heroes, American Nazis, Brett Kavanaugh, Christian Soldiers, Democrat propaganda, Donald Trump, Leftist terror tactics, Liberal slanders. Bookmark the permalink.