Liberals convinced President George H.W. Bush to do two incredibly stupid things; one was to break his promise and raise taxes, which they hanged on in the next election, second was to enact “gun-free zones,” where citizens would be guaranteed to be disarmed so criminals and psychotics would be safe.

When Christians are murdered in America, Obama makes it all about him and the evils of white people owning guns.    Obama would have Americans ban the kinds of guns that are used in mass shootings by psychotics, which is essentially all rifles and pistols.  He then stood up tall and proud before the American people and told the fools who voted for him that government gun laws have made places like the south side of Chicago safer – the place where the highest murder rate by illegally possessed guns is the greatest.  (The first thing every socialist dictator did on seizing power was to disarm the citizens and make them slaves to the state.)

Obama, who sent WH representatives to the funerals of criminals like Michael Brown, and attended the memorial service for black Christians murdered in South Carolina, was a no show at the one for white Christians murdered in Oregon.  Just as no WH rep went to the funeral of Kate Steinle who was murdered by an illegal immigrant felon, Obama’s agenda to promote criminals over America’s citizenry, especially if they’re white, is proof of his racist bigotry and contempt for white people.  Most sadly of all is that murders under Obama’s watch by Moslem terrorists, black criminals, illegals, and psychotics are reaching epidemic proportions and his solution, that law-abiding citizens be disarmed, is promoted by same leftwing fools who put this anti-American bigot into power.

President Obama is lying about gun laws and violence, and these facts prove it

Obama a no show for white Christians memorial service 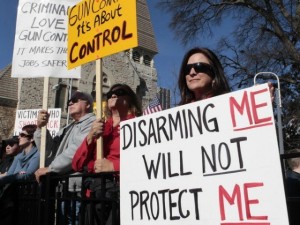 America is in severe decline under Democrat policies to deconstruct the nation.

This site is my opinion only and is unpaid. I am a retired Paramedic/Firefighter with 25 years of service in the City of Dallas Fire Dept. I have a B.A. degree in Journalism, and A.A. degrees in Military Science and History. I have spent my life studying military history, world history, American history, science, current events, and politics making me a qualified PhD, Senior Fellow of the Limbaugh Institute, and tenured Professor Emeritus for Advanced Conservative Studies. 😄 It is my hope that readers can gain some knowledge and wisdom from my articles.
View all posts by dustyk103 →
This entry was posted in Gun Control and tagged 2nd Amendment, Abolish 2nd Amendment, Citizen's rights, Criminals, Gun Control, Making slaves of citizens, Mass shootings, Obama gun control, Oregon college shooting, Slavery, Terrorists. Bookmark the permalink.