Liberal Democrats are pure and without sin

“No bias!”  There was no bias admitted in spying on Trump.  How do we know Democrats are pure and without sin?  What convinces us that Democrats are fair and just and speak the truth as if from the very Mouth of God?  Because they said so.  This is Democrat’s take away from the Horowitz report that details the crimes of their coup.  The leftwing media conceals the damning evidence in this report behind this glittery façade.  Just because no one admits their bias doesn’t make them unbiased.  All liberal Democrats say they have no bias against Trump because they believe they are justified in hating him for his crimes that they imagine he committed.

whatever glittery objects leftwing media puts in front of liberal’s faces to distract them while putting blinders on them.  Democrats are not America’s saviors.  They are America’s slavers.

Democrats are trying to whitewash their history and steamroller Republicans.  If Republicans don’t fight tooth and nail in this civil war the way Democrats are then we are going to lose, and by ‘we’ I mean American citizens who love this great nation.  If Barr and Durham do not bring Democrats to trial and convict them before the next election, then Democrats will use enough voter fraud to overthrow Trump and sweep their exposed corruption under the rug.  Next time Democrats get power you can say bye-bye to your Constitutional rights forever.

Don’t Be Fooled! The IG Report CONFIRMS the Coup

Rush’s Theory on What Barr and Durham Are Doing

The perfect description of what impeachment is all about

[Author’s Note: A year and a half ago, leftwing media and all liberal Democrats were screaming that the Nunes Memo was a pack of lies and have been declaring its contents debunked ever since.  Now he has proven to be 100% accurate and truthful.  For the umpteenth time it is proven that everything Democrats say is a lie and everything they do is wrong.  Just like twenty years ago when Republicans were impeaching Clinton for perjury and witness tampering like Nixon (no, not for having sex), Democrats declared that to be a coup.  Now that they are conducting an impeachment based entirely on lies, they declare themselves righteous.

They are the quintessential Inquisitors of the 21st century.

The government, the FBI, is supposed to work for US!  NOT for a political party against the other party.  Democrat’s trumped up charges against Republicans is now being vetted in the public square with their bogus impeachment.  Horowitz just revealed how Obama Democrats used the USA’s own law enforcement agencies against righteous citizens by using trumped up charges to defraud the courts.  Democrats have been very happy with claiming that Republicans are haters and criminals crying “love trumps hate” while they spewing their hate, their lies, and endorsing criminals to have voting and other rights over citizens.  Now they are going to get a dose of reality when it is revealed that TRUTH TRUMPS LIES!  The truth will out!

Kentucky is already finding out the hard way that no matter how bad their Republican is, Democrats are worse.  If you don’t like your Republican, then get involved in the primary process to elect better Republicans.  Voting for Democrats is jumping out of the frying pan into the fire.  A free republic relies on an informed electorate.  America is on the road to Hell paved with the good intentions of an ignorant people misled by leftwing propaganda.] 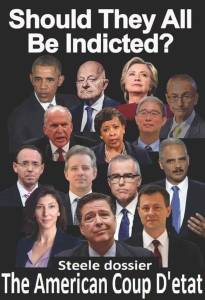 Who Did It – Trump or Obama/Biden? 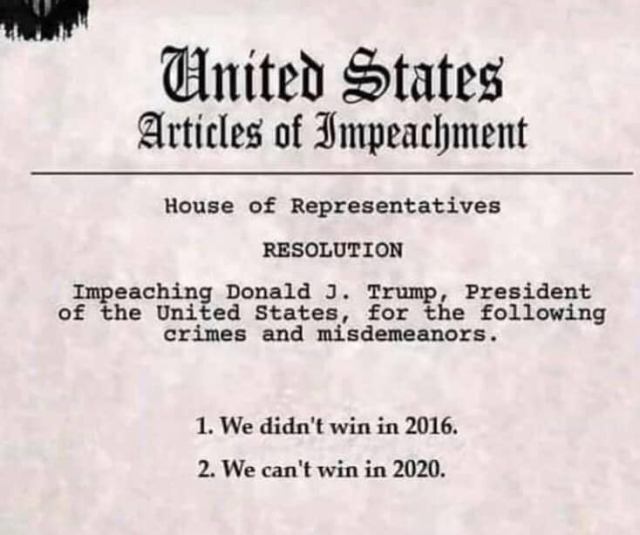 This site is my opinion only and is unpaid. I am a retired Paramedic/Firefighter with 25 years of service in the City of Dallas Fire Dept. I have a B.A. degree in Journalism, and A.A. degrees in Military Science and History. I have spent my life studying military history, world history, American history, science, current events, and politics making me a qualified PhD, Senior Fellow of the Limbaugh Institute, and tenured Professor Emeritus for Advanced Conservative Studies. 😄 It is my hope that readers can gain some knowledge and wisdom from my articles.
View all posts by dustyk103 →
This entry was posted in Democratic socialism, Elections 2020 and tagged Anti-Trump Democrat Coup, Donald Trump, John Durham, Michael Horowitz, No Bias in Spying on Trump, William Barr. Bookmark the permalink.