Liberals should cut their own throats to save the planet 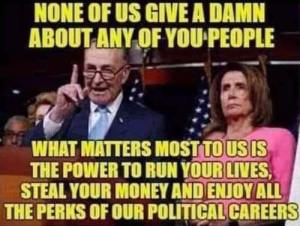 When Democrats lie about Republicans blaming them for every Democrat policy that does damage, liberals believe them.  When they are told that Republicans would do away with Social Security, even though Democrats are the only ones in history to steal from Social Security, they say they can’t take the chance they might be right so they must vote Democrat.  Why?  They say, “Because I can’t take the chance it might be true.”  When Democrats say that human beings are destroying the planet with their CO2, liberals say they must go along with Democrat’s socialist policies for the same reason.  If that’s the case, then liberals should make the sacrifice that is required to stop the CO2 pollution that they create with their every breath and cut their own throats to 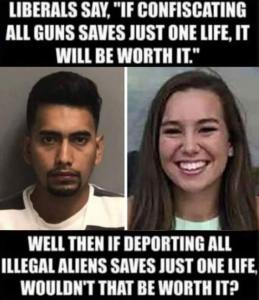 save the world “just in case.”

How naïve and gullible must you be to remain a liberal after you grow up?  By the time someone is past their teens they should be well grounded in morality and knowledge of how the world works.  It’s one thing to be naïve and gullible, another to allow oneself to be duped so badly as to sink into delusion and depression in the face of reality.

The defining characteristics of liberalism are:

The defining characteristics of leftism are:

Democratic socialism throughout history has always appealed to the greed and envy in the worst of people.  That’s why they always appeal to society’s criminals declaring them to be “the oppressed.”  The righteous believe civilization is measured by how it treats the weakest among us, not the worst.  The worst of people should not be pandered to but punished!  If liberals had a lick of good sense, they would see that every policy of the leftist agenda is deceitful and destructive.  Leftists do not build anything.

They tear down what is good.  When Democrats grow up to become morally responsible adults, they become Republicans.

America has become a place where the Vocal Immoral Minority is trying to totally censor the Silent Moral Majority.  Conservative Christians are the greater majority that the liberal fascists are trying to cow in order to impose their corruption on us.  Their cries of being offended by our righteousness is wicked leftist crap!  They pervert the language to make terms like “thug” and “pimp” and “wicked” to mean good things as they demonize angels and righteousness.  Socialism is the ideology founded on hatred for God.  They have their own religion to replace God all based on pagan hedonism like their climate change Gaia worship.

God is the reason for their hate and resentment.  They despise Christians and Jews because of God’s love for them and their love for God.  People are of two minds, positive or negative.  The negative people hate God and hate those who love God.  They resent their belief that they will go to Heaven.  They resent being born.  They resent being on Earth where they suffer.  They resent those who have hope and faith.  Allowing these hateful people to be leaders is the way to rain oppression on the innocent.  Jesus said to be more concerned with God’s Forgiveness than with the hate of evil people. 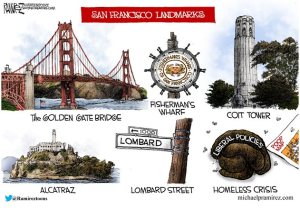 But He never said to allow evil people to rule over you.  We must still fight for what is right.

People who lack a moral compass embrace leftism wherein humanism is their god, climate change is their religion, immorality is their sanctity, corruption is their creed, perversion is their dogma, and abortion is their sacrament.  Hate is their heart, bigotry is their mind, negativity is their soul.  Nothing is more atrocious than to hear a duped liberal repeat this quote talking about conservatives.  The only hope for these people is to turn away from the seductive lure of the darkness back into the Light.  We all face this challenge from our births to either wallow in our misery or rise up out of it to embrace what is good and righteous in the world, to behave like animals, or become civilized human beings.

There is the only place in which you will find what is good and right and fair, and that is not in democratic socialism that wallows in the muck that is leftism.

Leftists and their liberal fascist worshippers are people who have grown up as bullies or been bullied and want to bully others to make themselves feel better.  Leftists always seek retribution against the innocent while the righteous reap justice upon the guilty to avenge wrongdoing.  When leftists become truly dangerous is when they gain power as tyrannical dictators, communists, and Nazis, who then use their power to exterminate those they hate.  To allow yourself to be duped by a leftist and used to perpetrate evil as those who followed the Spanish Inquisition, that was learned from their Moslem conquerors, is the very depths of shame.  These are the people who lie about themselves being intolerant and hateful as they scream “shame” at the righteous.  They are ones the righteous should bring down in ruin lest they ruin everyone.

Do you believe in climate change?  Asking stupid questions; science or religion?

This site is my opinion only and is unpaid. I am a retired Paramedic/Firefighter with 25 years of service in the City of Dallas Fire Dept. I have a B.A. degree in Journalism, and A.A. degrees in Military Science and History. I have spent my life studying military history, world history, American history, science, current events, and politics making me a qualified PhD, Senior Fellow of the Limbaugh Institute, and tenured Professor Emeritus for Advanced Conservative Studies. 😄 It is my hope that readers can gain some knowledge and wisdom from my articles.
View all posts by dustyk103 →
This entry was posted in Democratic socialism, Elections 2020 and tagged Bill Maher, Democrat voter fraud, Democrats Pray for Recession, Donald Trump, Immoral Minority, Leftist Deceivers Liberal Dupes, Leftist Propaganda Smears, Leftwing media keeps them dumb, Moral Majority, Republicanism, Silent Majority, Vocal Minority. Bookmark the permalink.