Democrats or Republicans, only one is the party of lies, slavery, and death

There is no arguing that politicians politicize everything and each blames the other for the world’s ills.  They twist words, warp meanings, misrepresent facts, rewrite history, disrespect the truth, and outright lie.  Anything a politician says about their opponent should be treated as gossip and rumor to be investigated and not believed until proven true.  Even then corrupt and gullible people will choose to believe lies.  Only honest people can be convinced when they are mistaken to amend their beliefs and will admit it.  When it comes to facts there are those who will deny the truth and call it lies to cast confusion on any issue through phony morality they justify in their own minds.  But when it’s all laid out in the open one party is proven to predominately embrace the truth, while the other is proven to promote lies.  There is truth and deception in politics and it is the people who are either duped in their derangement or enlightened in their rationality.  Republican Nunes publishes a memo detailing how Obama illegally used a phony document to spy on the Trump campaign.  Democrat Schiff publishes a memo claiming the document was insignificant and says he revealed the truth, but it was redacted.  Deceptions by the Left exist at many levels and some of the worst are exhibited when mass murderers attack.  Liberal fascist hate directed at conservative Christians is driving their rage, fueling their belief that they can dupe the American people into accepting their civil disruptions, election frauds, and criminal terrorism as being the fault of the righteous.  The Left blames the victims of their hate and terrorism as the cause, while the Right lays responsibility where it belongs.

The so-called “Town Hall” about gun violence on CNN was more a rally for violence against conservative Republicans, while the debates on FOX were examples in good sense conservative principles against erratic, irrational liberalism.  The Left approaches any issue with hate, rage, and murder in their hearts spewing bile at the Right, while the Right considers good sense solutions to the problems that the Left creates and marvels at the ignorance and arrogance of the Left.  Conservatives like Dana Loesch of the NRA were met by calls for her to be burned at the stake on CNN as if she were a witch, while liberal fools like Juan Williams on FOX declared that Christians had “sold their souls” to Trump as if he were Satan.  Never mind that Williams carried the water for his Moslem socialist brother who dictated from the White House to manage America’s decline for eight years while empowering the Muslim Brotherhood.  Never mind that the Left only hunts for witches they create as scapegoats to blame for the problems they create in their own lives.  It is liberal hate, rage, insanity, and delusion that are all the symptoms of the narrowmindedness and closed thinking of liberal dysfunctional small minds.  Liberals always become focused solely on individual facts and fail to understand the whole.  They are the quintessential myopic thinkers who can’t see the forest for the trees.  That they don’t understand what that means is why they fail in understanding why they fail.

Leftists engineered an assault of Florida Republican Senator Marco Rubio by ambushing him at their hatefest with questions designed to make Republicans the arms dealers that give terrorists like the Parkland school shooter a weapon.  This is based solely on Republican’s support for the 2nd Amendment and that the NRA even exists.  Their questions were posed in the manner of “do you still beat your wife” set-up in which Rubio could give no decent answer.  Rubio is not Donald Trump who would have told these leftist frauds where to shove their false accusations.  This is always the way of liberal Democrats who invite criminals and terrorists to operate in America and then blame Republicans for the death and carnage that ensues.  This is the way of Democrats who make laws like gun free zones that make Americans defenseless and enable criminals to have a free fire zone.  This is the manner in which Democrats permit those who should never be in America and those who should never have weapons to arm and use them against the people.  They do it solely with the intent of demonizing Republicans so they can dupe the ignorant and unwitty into electing them into power.  This is how the Left perpetrates terrorism, crime, and let’s psychotics run rampant and then blames Republicans for all of history of leftist crime, fascism, genocides, death, and destruction.  They blame Trump who has only been president for a year and was not involved in politics prior to that for all of the laws that Democrats have devised to get Americans killed from mass shootings to abortion.  It’s misdirection for which only the dysfunctional thinking of the common liberal will fall.

This is why leftism is the the foundation of the ideology of the immature known as social justice liberalism.  Those three words being complete misrepresentations of their actual ideology which is actually leftist totalitarian authoritarianism – the belief that autocratic despotic tyrants are the best leaders.  The heart and soul of leftism is founded in putting oneself above God by believing oneself to be a god unto themselves.  Leftists are very comfortable with young people being made helpless by them so they can be murdered by them.  Why should they care if a few young people are killed by leftist terrorists, criminals, or psychotics when sacrificing them advances their agenda of blaming Republicans by convincing useful idiots to endorse them?  Why would they care when they advocate for babies to be killed in the womb and for the human race to be culled to save the planet from the virus of mankind that’s giving Mother Earth a fever called global warming?  Do liberals even know who Democrats are?  Do Millennials have the first clue of the party for whom they advocate?  Do they understand that much of their schooling, media, and entertainment have been indoctrinating them into leftist ideology?  Lincoln was not a Democrat!  Democrats are the people who demanded that slavery be in the Constitution, but objected to the Bill of Rights.  Democrats fought a war to keep their slaves and have hated Republicans ever since for taking them away.  Democrats are the party of the KKK, segregation, Jim Crow laws, the Federal Reserve, massive voter fraud, importing illegal cheap labor, empowering Islamist jihadis, and confiscatory taxes to support their deadbeat welfare voter slaves.  Millennials don’t have the first clue that they are supporting the satanic cult of selfishness, greed, envy, hate, and deception because they have been thoroughly duped.  Only watching the true face of evil on CNN has any chance at opening their eyes as they blame Republicans for leftist murderers having guns.

There are no accurate figures for the morality of the people because; one, it varies due to changing mores, and two, because the majority of people lie, so I will use generalizations that are approximations of the overall population based on historical examples.  We know that about 20% of the population is liberal and 40% conservative with 40% in between.  Liberals double their percentage when under twenty and people over sixty increase conservatism by a like percentage.  That’s why I divide the country into five parts as liberals, moderate liberals, moderates, moderate conservatives, and conservatives.  The moderates are the ones in the transitional stage at some period of their lives when they are realizing what they thought they knew and what is so are not the same.  As they make corrections they become more conservative.  Anyone who begins as a conservative and becomes a liberal is someone who ends up fooling himself like a pastor who thought he was a Christian but turns to Islam.  But there is the 5% at opposite ends of the spectrum who are dedicated to their ideology that don’t change their entire lives.  At the conservative end of the scale is the 5% who developed strong moral fiber as children and carried that into adulthood.  Billie Graham is the best example, and that list includes Rush Limbaugh, Ronald Reagan, and Donald Trump among the great Americans who stood for Christian nobility and American liberty their entire lives.  At the liberal end are those who willfully lie and deceive others to convince them that socialism is good despite all historic evidence proving that socialism is the evil of totalitarian dictatorship.  Those who change in their lives are people who misrepresent themselves such as Republicans like McCain and Flake who support Democrats.  They pander for their own benefit, not for the country.

The fact is that liberals do not understand the forest of liberty in which they stand.  They see the trees fall that they tear down by their actions and blame Republicans for it.  Democrats do this by creating laws that foster the problems that plague this great nation and then they reject good sense moral solutions to so they can blame Republicans.  They have even duped Republicans into creating laws that are detrimental like giving everyone the vote rather than just responsible citizens.  The Left corrupts laws meant to protect us, like the NSA spying on foreign terrorists, and turn them against lawful citizens of the Republican Party such as IRS targeting and Obama using FISA to spy on Trump.  Democrats slander anything conservatives would do to make America great again, and safe again, even calling the arming of teachers “insane” when it is clearly Democrat insanity to keep schools defenseless and continue doing the same thing over and over and expecting a different result.  But they don’t really want a different result unless they are the ones who can benefit by taking power.  Democrats live the ideology of the Left with the quintessential Brown Thumb – everything they touch turns to sh*t!  When a liberal fascist Democrats demand of Republicans like Rubio that guns be confiscated from the people who make America dangerous there is an answer that righteous Christians would make that politicians would not.  It is;

President Trump at CPAC Speaks from a Conservative Christian Heart

Weep for the Children: Democrats War on American’s Self-Defense

The Lie Heard Round the World 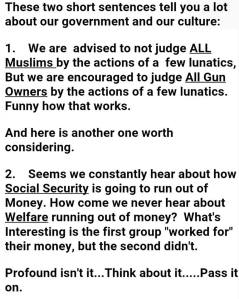 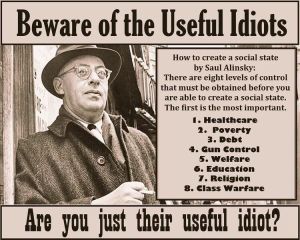 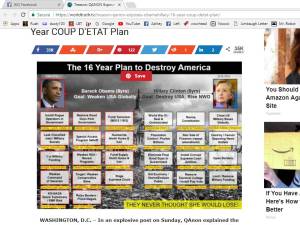 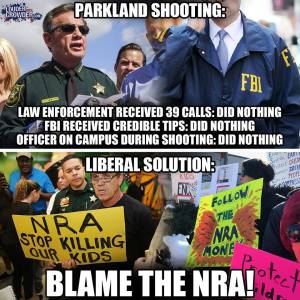 This site is my opinion only and is unpaid. I am a retired Paramedic/Firefighter with 25 years of service in the City of Dallas Fire Dept. I have a B.A. degree in Journalism, and A.A. degrees in Military Science and History. I have spent my life studying military history, world history, American history, science, current events, and politics making me a qualified PhD, Senior Fellow of the Limbaugh Institute, and tenured Professor Emeritus for Advanced Conservative Studies. 😄 It is my hope that readers can gain some knowledge and wisdom from my articles.
View all posts by dustyk103 →
This entry was posted in Politics and tagged Americanism vs. Socialism, Antifa, BLM, Civil Disorder, Democrat propaganda, Donald Trump, Jihad, Leftist ideology, Liberal Fascism, Mass shootings, Terrorism. Bookmark the permalink.

1 Response to Democrats or Republicans, only one is the party of lies, slavery, and death