Democrats say they want to protect the “Dreamers” who are the innocent children brought to America by illegal immigrants by giving them citizenship.  This is not protecting those who would live the American Dream.  The “Dreamers” are the Democrat schemers who believe they can import the dregs of the world as cheap labor and make Americans suck it up!

Do you believe that a rich man who embezzles millions from his company should be allowed to give that money to his children and have them profit from it?

Do you believe that an organized crime boss who profits from criminal activities should be allowed to give that money to his children so they can profit?

Would it be right for the children of these people to benefit from their crimes because they are innocent?

What difference then are people who steal into the country illegally, take jobs for lower pay than citizens because they don’t pay taxes, have their children go to school without paying for it, (which, contrary to liberal ignorance, is not free), and reward their children with citizenship?

This is the essence of DACA.  Democrats want people who break into the country to be given citizenship.  This is equivalent to saying that if someone breaks into your home and takes a bedroom that they should be accepted as a member of your family.  If they pop out a baby in your living room after breaking into your house that it is your baby and you must care for child and parents.  No civilized nation on Earth does this – except America.  Democrats want these people who bring twice as many criminals among them as the citizenry.  President Trump asks why they want the world’s dregs rather than their best and brightest?  When did the indolent, greedy, and immoral become the world’s “poor and huddled masses yearning for freedom” be the ones welcomed to our shores?

Democrats are not providing for the least of us, but using the dregs for their own purposes.  They tax working citizens to give to deadbeat welfare voter slaves.  They steal from soldiers, police, and firemen to dole out crumbs to thieves and frauds.  They say companies that keep their profits line their pockets with them rather than grow their businesses and pay better salaries.  Theirs is not the ideology of prosperity, but the ideology of servitude.  The Left cannot understand how to profit righteously from trade because they only know how to profit from theft.

“He who does not teach his son a trade, teaches him to steal.” – Rabbi Yehuda

That is the essence of democratic socialism.  They do not learn to work for a living, but to have government steal for their living.  They do not prosper with the American Dream, but subsist on the socialist dream of taking from those who work to succeed and giving to those who do not.  Socialism is the ideology of greed, envy, sloth, and corruption.  It is as backwards to civilized man as a barbarian can get.  Liberals know the words tribalism, community, and civilization, but they don’t comprehend what they truly mean because they are too arrogant to learn from their ignorance.

Playing the Trump Card Against the Race Card 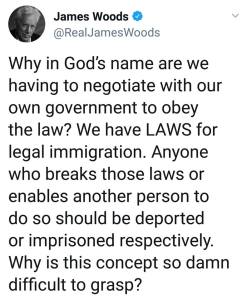 This site is my opinion only and is unpaid. I am a retired Paramedic/Firefighter with 25 years of service in the City of Dallas Fire Dept. I have a B.A. degree in Journalism, and A.A. degrees in Military Science and History. I have spent my life studying military history, world history, American history, science, current events, and politics making me a qualified PhD, Senior Fellow of the Limbaugh Institute, and tenured Professor for Advanced Conservative Studies. 😄 It is my hope that readers can gain some knowledge and wisdom from my articles.
View all posts by dustyk103 →
This entry was posted in Fundamentals, Illegal Immigration, Politics and tagged American Dream, Amnesty, Democrat Dreamers, Donald Trump, Illegal Immigration, Importing Cheap Labor, Sanctuary Cities, Socialism. Bookmark the permalink.