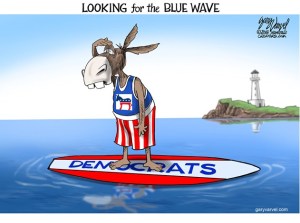 Leftists deny it when asked, but liberals are actively praying for America to fall, the economy to crash, for the nation to be nuked by North Korea or Iran, and for someone like Kim Jong Un to assassinate President Trump.  When Rush Limbaugh said he hoped Obama failed he was praying for America to survive electing a Moslem socialist dictator.  Obama was given eight years to manage America’s decline until enough of the country awoke to Hillary’s continuation of Obamaism and turned to Trump to save America from the Left.  Liberals pray for these headlines: 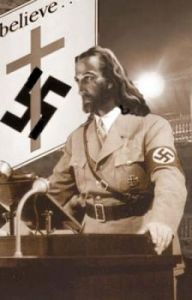 This is a simple prediction of America’s future as Democrats continue in their efforts to affect a coup, if not an open rebellion, with the aid of foreign invaders and America haters.  Search engines like Google and Safari are labelling Republicans as “Nazis” and people like Rush Limbaugh as “deceptive.”  The open fascism of the Left is becoming a full-throated roar as the 2018 midterms approach and they see their hopes of a blue wave are turning into a red tsunami.

“They want Armageddon.  They’d rather be blown up than have to thank Trump for not being blown up.” – Kat Timpf 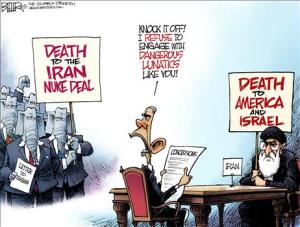 This is the sickness of liberalism.  Their dogmatic emotional thinking incites them to actually destroy American lives if they can gain power from doing so.  Democrats proved it in 2007-2008 when they artificially inflated oil prices to blame Bush, and when that fell through they deliberately nuked the economy through the mortgage banks they controlled to convince ignorant fools to give ultimate power to an America hating Moslem socialist.  What they got was the next eight years of Democrats manipulating to get more wealth in their pockets while Obama was managing America’s decline declaring that jobs not coming back was the “new normal.” 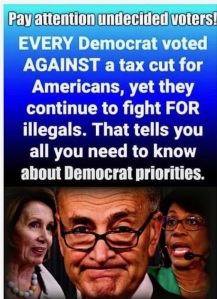 It was wishful thinking of what Democrats wanted to be true so that they could rule America and be part of the ruling global elite rather than America leading the world in liberty and prosperity.

That’s the Democrat’s dysfunctional thinking.  Liberals are actively rooting for Americans to befall the worst disasters; the economy to crash into a great depression, cities to be blown to bits in nuclear holocaust, and millions to die of disease, if it enables them to say it’s Trump’s fault. 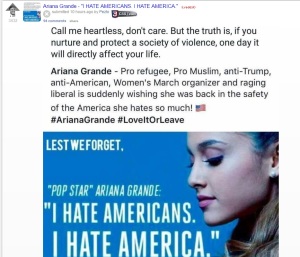 The psychosis of the Left is exemplified in what was America’s premiere entertainment industry.  Hollywood actors who pretend to be America’s greatest heroes on the silver screen mostly embrace leftism in their private lives.  They are the opposite of those who actually are America’s military heroes who serve and sacrifice and have faith in Christ because of the actual dangers they face.  While Hollywood liberals and athletes are paid millions for entertaining the people spit in the faces of American patriots. 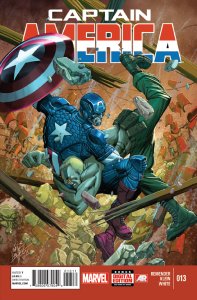 Leftists hate Trump and will bow to their millionaire masters will to smear him at every turn as Robert De Niro proved in profanely cursing Trump in public to the cheers of liberal haters.  Thank God most script writers do not bow to these heathens as Christian Stan Lee keeps the Marvel heroes true to America.  But DC has had theirs take up the leftist flag of globalism, climate change, and Christian hate, and most of the actors have followed suit even if Stan Lee won’t let them curse Trump and Republicans as the neo-Nazi KKK.  It may be only a matter of time before Superman becomes Shariaman and destroys the hated Christian America the most of the world detests.

Trump had a big dust up with the Super Bowl winning Philadelphia Eagles to visit the White House as teams have been doing for decades.  They told him they were coming, but a week before arriving announced only a couple of players and the mascot would show.  The Eagles’ owner wanted to set Trump up to take a picture with no one attending the event with him, so they could publish it as proof that Trump is hated by the entire nation. 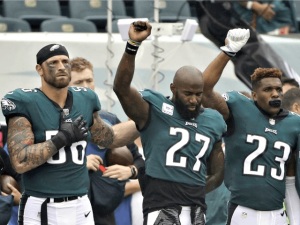 This sickness of liberalism believing they can frame Trump for their lying narrative didn’t get by the great man.  Trump cancelled the event in effect telling them and the NFL to GFYs without resorting to the baseness of De Niro!  Leftists, of course, used this to curse Trump as being the one who is base and petty.  NFL tickets sales were down 20% last year.  Hopefully this year it will drop 50%.  They just don’t get the message that kowtowing to their criminals and America haters spitting on the fans is going to cost them everything.

Philadelphia Eagles owner tried to set-up Trump to smear him

Leftists are encouraged by the crimes of their heroes 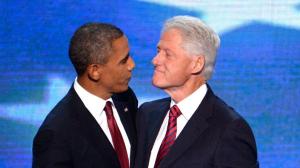 Bill Clinton and Barack Hussein Obama represent leftist liberalism in its basest form as pathological liars whose actions are always opposite of their words.

Bill was a weak man who used his power to molest women, which Hillary helped him cover up.  Obama used the power of the presidency to bring down the American economy, empower the Muslim Brotherhood, and spy on Americans. 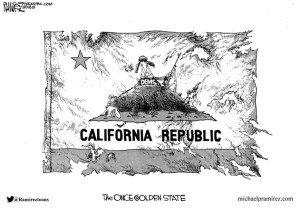 Bill and Hillary blamed his accusers on the “vast rightwing conspiracy.”  Obama played as if he was saving America for the evil of the Christian Right that he portrayed as Nazis and the KKK.

Now liberals think they can use Clinton’s sex crimes to punish Trump as being worse.  They believe they can obstruct and stifle Trump by falsely accusing him of committing crimes worse than Obama. 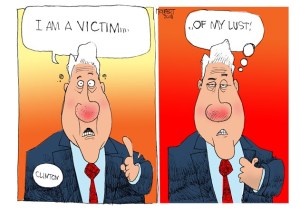 For Obama to take credit for the boom that is occurring under Trump, that is happening because he choked the American economy almost to death (and would have succeeded had Hillary been elected), is like a rapist taking credit for the policeman who saved his victim being choked to death because the cop wouldn’t have been a hero without the “heroic villain” setting up the circumstances.  It’s just sick! 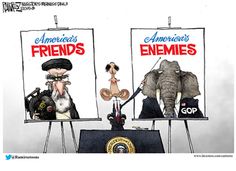 This site is my opinion only and is unpaid. I am a retired Paramedic/Firefighter with 25 years of service in the City of Dallas Fire Dept. I have a B.A. degree in Journalism, and A.A. degrees in Military Science and History. I have spent my life studying military history, world history, American history, science, current events, and politics making me a qualified PhD, Senior Fellow of the Limbaugh Institute, and tenured Professor Emeritus for Advanced Conservative Studies. 😄 It is my hope that readers can gain some knowledge and wisdom from my articles.
View all posts by dustyk103 →
This entry was posted in Conservatism vs. Liberalism, Economy, Obama's legacy, Politics and tagged Armaggedon, Barack Obama, Bill Maher, Democrats, Donald Trump, Economy, Kat Timpf, Leftist haters, Liberals Pray for Crash, Obamaism, Republicans, Rush Limbaugh, Trumpism. Bookmark the permalink.