There are guides to supposedly help people see through a liar.  But the truth is that pathological liars can pass even the best lie detector test.  (I have seen a rapist pass a lie detector so well that the operator literally crowed over his innocence – until he confessed three months later.)  All the tells that give away honest people when they lie do not work with pathological liars because they believe in their lies.  The only way to truly reveal a liar is the passage of time that involves uncovering more facts.  When that happens then the pathological liar will begin weaving their web of lies until they are so convoluted that the lie becomes as plain as the nose on their faces.

The best and only way that lies are uncovered is that liars can’t keep their story straight.  Once you begin to uncover the truth they start changing their story, making new excuses to try to cover up their lies.  When those excuses begin to conflict with each other is when you have them.  When they realize they’re caught is when they make more excuses that are even more confusing, which is their intent to confuse, disorient, and distract you from their lies.  And when that fails they try to turn it back on you and make you the liar, make you to blame.

The dishonesty of deceivers is always discovered, but it always takes time and more than one instance of lies to uncover their deceptions.  You cannot tell if someone is a liar without a frame of reference.  If you are ignorant of the facts surrounding the subject of the lie, then you are easily duped by a single statement as the only fact you know.  This is how Obama & Co. duped the American public into electing a man of no accomplishment, except to be a superb liar, to the most powerful position in the world.  As Abraham Lincoln said, “Nearly all men can stand adversity, but if you want to test a man’s character, give him power.”

Jeanine Pirro – Spygate: How to spot the liars

Democrats are the liars and haters who deceive by saying they are the honest ones calling Republicans liars.  How can you tell which is telling the truth?  Democrats tell their lemmings not to listen to Republicans.  That’s because if they do then they will have both sides of the story and a full set of facts to compare in order to determine the truth.  That’s where good moral sense and critical thinking come into play.  Republicans say listen to what Democrats and pay attention to what they do because you cannot learn liberal lies if you only hear one side.  Compare the facts that you know to what they say and, so long as you have an open mind, you will have your eyes opened to the truth.  That’s why liberals do not want you to hear “alternative facts.”

Following Trump’s remarks calling MS-13 terrorists “animals,” Democrats immediately tried to conflate them with all immigrants claiming that Trump called all immigrants animals.  His wife is an immigrant, so of course they began creating stories of him abusing her just as they claim he admitted to abusing women, which is just another lie.  After all conservatives called them out on their lies pointing out it was they who were ennobling terrorists as Dreamers.  Now they are trying to conflate the facts saying it was Trump who equated MS-13 with all immigrants, not them.  And around and around they go.  Here are three main issues about which Democrats constantly lie that they blame on Trump.

Economic history of the last century proves that every time Democrats raise taxes the economy drops, and every time Republicans lower taxes the economy rises.  Even if only the rich get the tax cuts that leaves more money for companies to hire more employees and grow and pay bigger salaries to more people.  Democrat’s mantra that the government needs to be paid first is just their greed.  Regulations, likewise, choke business as Obama proved in his actions, and his taking credit for the growing economy as Trump eliminates Obama’s dictates is hilarious and expected as that’s what liberals do – blame others for the problems they create and then take credit for the success of others.

Richard Nixon was a piker compared to Obama whose crimes are becoming more and more transparent.  Nixon had private persons try to plant bugs in the DNC offices, while Obama used the full might of America’s intelligence agencies to spy on Trump and Republicans.  The organizations that are supposed to protect Americans from criminals and foreign agents were turned against them by the Democrats.  The depths of these crimes are made evident by Obama’s agents in the FBI and DoJ who are deliberately trying to deny information to Congress and the President who are their bosses.  They constantly make excuses and change their stories until they are contradicting each other and themselves to the point that their lies are as obvious as Pinocchio’s nose.

This fraud has been going on for over forty years now as Democrats play Chicken Little and tell people they need to give them more of their hard-earned money to “save the planet” from pollution.  Republicans originally joined the effort to clean up America’s air and water, but the environmental movement was taken over by communists with the intent of destroying America’s energy.  Obama issued dictates from the Oval Office to shut down coal and oil, choke industry demanding they make the environment pristine, and shaking down businesses with threats of regulations unless they greased his palm.  The science they called “settled” is only their computer models they programmed to depict the seas flooding, land withering, air choking, and the Earth dying.  “We must act now before that happens in a hundred years” when no one will be around to hold them to account for their scam to steal American’s wealth. 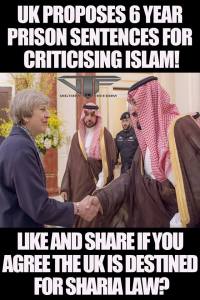 This all goes hand-in-hand with the Left’s America hate.  Democrats are only interested in how many people they can dupe with their schemes and lies.  The NFL disrespecting flag, the anthem, and the president is all part of it.  The Eagle’s owner slanders President Trump by trying to set him up for a fall no matter what he does.  He left the president with a choice of either having two players from the Super Bowl winners show up at the White House for a pissy photo op to slander him, or cancel the event so they can slander him.  It’s the old damned if you do and damned if you don’t ploy that the Left loves to set up against the righteous.

No matter that they claim they are not protesting the flag, anthem, or America, because what they are protesting, that police shoot black criminals, is worse!  They portray them as victims when they are the perpetrators of violent crimes and pretend that the police are the KKK murdering innocent blacks.  If police didn’t shoot them then they would be shot along with the victims of the criminals, so again they are damned if they do and damned if they don’t.  Claiming the police are racists deflects from the fact that black criminals are the racists, and that BLM is nothing more than a criminal advocacy group that is encouraging assaults and assassinations of police.

The only “alternative facts” that are known to people are the lies that leftist liberal Democrats tell.  These are not actual facts, just fictions they create to confuse the ignorant.  As Goebbels instructed them in presenting the Big Lie, keep repeating it no matter what and it will become the truth in the minds of their lemmings.  That’s why leftism is the worst ideology of all and why they want to control the schools and the media so they can control the message and tell people what to think rather than teach them how to think.  Liberals just keep listening to their echo chamber and repeat what they are told – that they are the intelligent ones, that they think critically – when they are the ignorant ones who do not learn actual history, economics, sociology, or even math.  But they love having their immature egos stroked.  Until they learn that critical thinking does not mean criticizing their opposition and grow up, they will continue to be lost lemmings following their leaders toward the cliff.

What President Trump truly needs to do is to put together a commission of law enforcement agents that are loyal to the country and not to either party.  Then have them raid the offices of the FBI and DoJ to take the information those corrupted organizations are refusing to turn over to Congress and the President.  Treat them the way they treated Manafort and others on the Trump team and see how they like it when the tables are turned.  If only…

More jobs than unemployed for first time in U.S. history

[Author’s Note: If you read liberal news on this jobs report, or any other story in which Trump’s policies are truly making America great again, every silver cloud has a dark lining.  Stephanopoulos is once again creating a scandal where none exists but claiming that President Trump is going to pardon himself.  He must first be guilty of a crime for him to do so.  This is just Hillary’s baby trying to make Trump guilty by assumption since he wouldn’t need to pardon himself if he weren’t guilty.  Since he’s not actually contemplating this, except in the minds of ignorant liberals, it’s just another leftist straw man argument that has no basis in fact.

As the Left castrates Bill Clinton over the “Me, too” movement, they remain flummoxed that they cannot get Trump supporters to turn against him on their claim he is worse than Clinton.  Clinton actually molested and raped women while in power.  Trump is guilty of locker room talk that they try to portray as an admission of rape.  On the basis of their lies, liberal atheists believe they can slander Christians as immoral and unrighteous by throwing around their B.S.  The joke is on them as Christian conservatives will rub their noses in it in November!]

This site is my opinion only and is unpaid. I am a retired Paramedic/Firefighter with 25 years of service in the City of Dallas Fire Dept. I have a B.A. degree in Journalism, and A.A. degrees in Military Science and History. I have spent my life studying military history, world history, American history, science, current events, and politics making me a qualified PhD, Senior Fellow of the Limbaugh Institute, and tenured Professor for Advanced Conservative Studies. 😄 It is my hope that readers can gain some knowledge and wisdom from my articles.
View all posts by dustyk103 →
This entry was posted in Politics and tagged Big Lie, Climate change, Democrat propaganda, Donald Trump, Leftist Deceptions, Liberal lies, Spygate, Taxes. Bookmark the permalink.

1 Response to How I Know Who is Lying; Trump or Democrats