The great Meryl Streep is disgusted with you little people

Hollywood phonies believe patriots who love America are lowlife scum for electing a man who would restore what Obama destroyed.  They believe in socialism and foreigners invading America to make it their domain.

Actress Meryl Streep expressed the righteous indignation of the Left over you stoopid people electing the ‘vile and despicable Donald Trump, who mocked, mocked a reporter with a disability’ (a proven lie).  That she had not one word of compassion, not one word, for a mentally disabled white male Trump supporter who was brutalized and tortured for days by four racist black Democrats epitomizes the true heart of these Leftarts.  These people who only pretend to be caring and compassionate, but when the rubber meets the road they are just a bunch of self-aggrandizing hedonists invested in their own celebrity.

I came to realize this when I joined the military to serve and the only awards given were for meritorious conduct, while Hollywood phonies make a big show of giving themselves awards for pretending to be these men.  Streep smeared Mixed Martial Arts fighters as being too lowly to represent “the arts.”  Yet Hollywood actors have made thousands of movies depicting their versions of these men in movies about boxing and fighting just as they pretend to be the heroes of America’s military.

There is no glory in Hollywood’s annual gala of Narcissists, Inc.

We pay money to see them portray people who are heroic, but they themselves lack the capacity of these heroes.  Remember Hanoi Jane Fonda?  She was so full of herself that she went to North Vietnam to discredit the American soldiers who were there fighting Communism as her beloved Democrats directed them to do.  She sat on an anti-aircraft gun that shot down American pilots.  That is the measure of Leftarts patriotism and their admiration of American servicemen.  The poor fool didn’t realize that LBJ was merely an American commie contesting with the Russian and Chinese commies for control.

Meryl Streep puts Leftarts’ perspective into perspective.  They say they’re upset with corporations leaving America for cheap labor to avoid taxes (conveniently ignoring the fact that half of them are Democrat owned and operated).  Yet they happily encourage Democrats importing that cheap labor who take the jobs of Americans desperate for work, jobs they claim “Americans won’t do,” as they apparently believe Americans consider themselves too good to do labor.  This is the twisted ideology of the American Left.

THESE PEOPLE DISGUST ME!

Streep and her fellow Leftarts are no better than Obamaites.  They are parasites living off the good will of the people they despise.  Those narcissists are not worthy to lick the boots of the least of the men and women who serve and sacrifice for this nation.  Instead they make heroes of traitors like Bowe Bergdahl and those who betray this nation for Islam the enemy of humanity.  It is always leftists who infiltrate the military that betray this nation like Oswald, Obama’s Rev. Wright, and others.  Some of them become the jihadi terrorists like the murdering Ft. Lauderdale traitor who is trying to claim mental illness to cover up his planning his jihad, and Obama’s having the FBI drop the ball on preventing his attack.

So would all of you Hollywood phonies who are so disgusted by Middle Class America, the people who pay your salary, do us all a favor and STFU!  I’ll still watch the old movies you made for the characters that I love, (though I am becoming increasingly revolted by you Leftarts attempting to indoctrinate our youth into your liberal lies like global warming, peaceful Islam, and Christian corruption through your warped scripts).  But just as Streep says we little people have tainted her lifetime vanity award, she and all of you Follywood fools have tainted the great movies you made.  I will not give those people a single penny at the box office nor ever again buy their DVDs, but wait till their movies come out on cable! 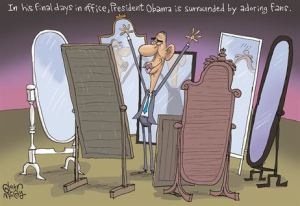 Will Smith and his ilk, who believe Trump supporters should be violently removed from America, is on the wrong side of righteousness and patriotism in their belief that America is a racist nation that would be better off without white Christian people.  Racism is all from the people on the Left, and you wouldn’t be where you are today were it not for the white Christians who fought and died so you could live free in America!  Those were not Democrats who died for your freedom.  They were not the minorities who changed this nation.

So, Follywood Leftarts, take the millions of dollars that you wouldn’t share with the hard working crews who made your movies, despite your claims to believe in socialism, and all of you America haters who despise us poor working slobs kindly have the good grace to be true to your word and GTFO!  Patriots like Donald Trump, a man who was one of you until he stood up and declared himself to be a patriotic American, will restore this great nation that your Moslem president has torn down.  Foreigners who invade this country illegally and seek refuge under false pretenses to prosper by stealing work from good people, people they want to murder oppress to remake America into the image of their sh*thole homelands, must not be the people who inherit this great nation.  This is America and we only welcome those who want to be Americans! 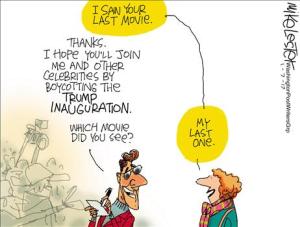 This site is my opinion only and is unpaid. I am a retired Paramedic/Firefighter with 25 years of service in the City of Dallas Fire Dept. I have a B.A. degree in Journalism, and A.A. degrees in Military Science and History. I have spent my life studying military history, world history, American history, science, current events, and politics making me a qualified PhD, Senior Fellow of the Limbaugh Institute, and tenured Professor for Advanced Conservative Studies. 😄 It is my hope that readers can gain some knowledge and wisdom from my articles.
View all posts by dustyk103 →
This entry was posted in Politics, Right vs. Left and tagged Academy Awards, America's heroes, Donald Trump, Follywood America haters, Golden Globes, Hollywood, Hollywood elitists, Hollywood phonies, LEFTARTS, Meryl Streep, Military Heroes, Oscars, Patriots. Bookmark the permalink.