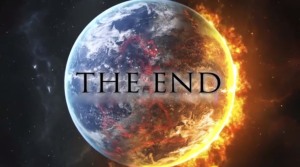 Democrats say that America is destroying the entire planet, but that’s not fear mongering.

Democrats constantly accuse Republicans of being fear mongers, of using demagoguery, lies, and propaganda to instill fear in their voters.  Republicans, they say, falsely claim that terrorists are Islamic jihadis, that illegal aliens are stealing from the taxpayers and that many are outright thieves and rapists, and that blacks have 10 times more criminals than anyone else.  Democrats would save America from these lies with their version of the truth that the TEA Party members are the terrorists, that Republicans are the thieves, that white people are the rapists, and that America and white privilege are the criminals.

Hillary and her ilk say they are innocent of fear mongering.  Democrats say the economy is great and they can fix it, which is their usual doubletalk.  They say illegals are good people who should be given citizenship and allowed to vote.  But all Democrats want is to replace the voters that they are losing because people are getting wise to them by becoming educated.

Meaghan McCain lamented that the Republican Party she knew was dead – and let’s pray this is true.  McCain’s Republican Party was the party of submissive losers.  Their entire effort was trying to appease Democrats so that people wouldn’t believe the Democrat propaganda that they are racist, sexist, bigot homophobes whose evil corporations steal from the poor.

Trump is a TEA Party leader who denounces Democrat lies and espouses Republican ideals.  Democrats are dedicated to creating doom and gloom in their followers and telling them it is Republicans and capitalism that is to blame for their plight.  And the fools vote for Democrats to save them when Democrats are the ones who are the architects of their destruction.

The Democrat agenda is misery and apocalyptic dystopia

This site is my opinion only and is unpaid. I am a retired Paramedic/Firefighter with 25 years of service in the City of Dallas Fire Dept. I have a B.A. degree in Journalism, and A.A. degrees in Military Science and History. I have spent my life studying military history, world history, American history, science, current events, and politics making me a qualified PhD, Senior Fellow of the Limbaugh Institute, and tenured Professor for Advanced Conservative Studies. 😄 It is my hope that readers can gain some knowledge and wisdom from my articles.
View all posts by dustyk103 →
This entry was posted in Election 2016 and tagged 2016 Presidential Campaign, America, Climate change, Democrat Convention, Elections 2016, Hillary Clinton, Islamic jihad. Bookmark the permalink.