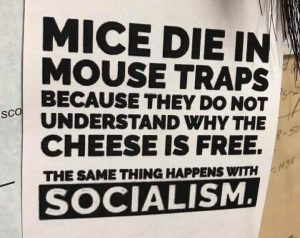 “America must become a socialist state to save the planet.” – Liberal tenet.

Standard leftist media modus operandi is to smear Trump as wrong regardless of his decision in order to poison people’s minds against him.  Had he made the retaliatory strike on Iraq they would have labelled him a warmonger.  Choosing to delay the attack they label him an indecisive wimp.  There are two kinds of news in the United States; rightwing news that discusses the war of words over the policy differences between Democrats and Republicans to determine which is right and which is wrong, and leftwing media that spins the facts to slander Republican’s words and policies in order to always portray them as the ones in the wrong.

Reality is the opposite of what leftwing media teaches – that everything rightwing media says is a lie.  They do this in order to present their fake news of Republicanism being evil racist Nazism with no one on their networks pointing out how their lies are obvious.  It’s their demonization tactics, criminalizing and dehumanizing Christian conservatives.  Democrats never win debates in the arena of ideas.  They always resort to lies and smears of righteous speech calling it hate speech, racism, and fascism, convincing the ignorant to be too arrogant to listen to the truth so they remain deceived.

Harvard professor says pro-life Christians should be treated like Nazis

Media scrambles to cover up AOC’s lies about Holocaust

The arrogant ignorance of liberals is quantified in their ideology of communist bigotry believing they are right when they don’t know what they don’t know but conservatives do.  Democrats create the problems that Americans face making their lives worse and then blame Republicans for them.  They think they know how to use science to “fix” global warming when they not only don’t know how climate works, they can’t figure out how many sexes there are of human beings.  They invent traumas and challenges while they text on Twitter believing they are fighting to save the planet from climate change by slandering and shutting down free speech to promote their ideology.  Liberals are lost and Democrats are misleading them to their own destruction.

“Fight for Socialism” – the words on a liberal protester’s sign

Substitute the words that are more descriptive of socialism and you see just how ignorant and arrogant liberals are to believe they are fighting for what’s right. 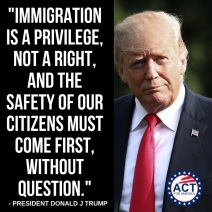 All of these ideologies share a common ideal in their socialist values; elitist rule over the masses who are the peasantry that serves them.  Leftists always call the righteous tyrants trying to dupe the ignorant, and only the arrogant believe they know what is right when they disregard half the facts.  Having some of the facts does not make one right.  To be right requires all the facts leading to a morally right decision.

How the arrogance of liberal ignorance is fostered

Liberalism is born of ignorance and bred on immorality.  They are told erroneous facts to lead them to erroneous conclusions.  Take the change in the Republican Party moving their majority from the North to the South.  This was simply the result of Yankees moving south during the Reagan years because they were sick of Democrat-controlled unions undermining businesses.  They moved to the South where those corrupt unions had no power to take advantage of the right to work labor laws.  What this has to do with slavery and racism is the opposite of what Democrats say.  This was not “greedy corporations” avoiding wages but wise businessmen avoiding high Democrat taxes and union graft.

Unions began under Republicans to aid employees being abused by greedy employers.  Contrary to Democrat propaganda, Republicans are not the servants of corporations but are the party that initiated monopoly laws and union protections.  Just as they fought to free the slaves in the South, they fought to free the corporate slaves in the North.  But over the years, gangsters from crime families slowly infiltrated and took control of these unions to make them fronts for Democrat fundraising in which they used union dues to fund Democrats.  Democrats repaid them by forcing taxes and regulations on their competition.  This corporate corruption is what happens when criminals take charge of government by duping people into voting for benefits for themselves.  This is how Democrats use democracy to corrupt the electorate. 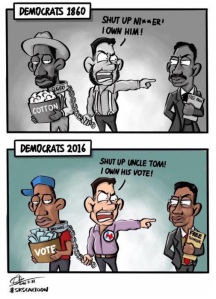 Democrats have ever been the ideology of government rule from the Founding to today.  They refused to join the Revolution unless slavery was not abolished in the Constitution and then fought a war to keep their slaves.  Yankees didn’t suddenly become “enlightened” to embrace the Democrat Party.  Red necks didn’t suddenly embrace Republicanism after a hundred years of declaring, “The South will rise again!”  The rise of the South has nothing to do with voting Republican.  The same people who made Jim Crow laws embracing oppression in the 1900s are the same people running the Democrat Party today as Joe Biden proved when he announced two segregationists were his good friends.

Biden is being lambasted for saying he supported them, and leftist media tried to provide him cover by claiming they were Republicans.  The only change in the Democrat Party of today is that much of it has swapped their anti-black racism for anti-white racism.  The change in American education has resulted in Democrat media being able to create lies by claiming segregation and Jim Crow laws were made by Republicans.  They’ve even convinced some that Lincoln was a Democrat.  Only the most ignorant of people do not know that Democrats endorsed slavery and black oppression while Republicans have always fought against their bigotry.  Today they have been duped into believing the opposite to be true.

The media, with the help of indoctrination by liberal communists in schools, have warped the minds of many by poisoning the well of knowledge.  They portray Trump as evil and stupid by damning him for everything he does or doesn’t do.  Nothing he says or does is every portrayed positively by the negative leftwing media.  For example, Donald Trump has had to deal with Iranian aggression that’s been occurring the last few weeks after they were visited by Obama’s Secretary of State, John Kerry.  Do any in the leftwing media question what Kerry did to set them off?  Trump’s measured response was the action of an intelligent leader that the left immediately characterized as proof of indecision to smear him. 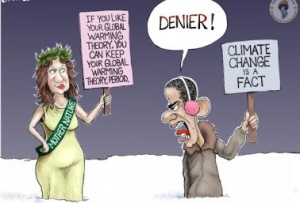 Climate change is the same with leftist media saying science proves that mankind’s CO2 pollution is causing it claiming that 97% of scientists agree.  Scientists who are not Democrats know that no such thing is occurring because climate change is all dependent on solar output.  The Sun is a stable, not a static source of heat for the planet and it changes.  If mankind had the power to change the climate, then what do they propose mankind does that all countries will follow?  Their only solution to date has been for the United States alone to reduce their economy by stopping the use of energy and embrace communism like China and India.  If the people want to live as destitute as the lower classes that are the vast populations of those countries, then they are welcome to live there rather than here. 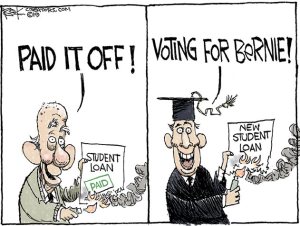 Much of the nation cannot have the wool pulled so easily over their eyes.  Bush and Trump remained popular despite media poisoning the polls, while Clinton and Obama both became unpopular despite the sycophantic media groveling over them.  It has been proposed that the media is running the Democrat Party.  But the real question then is, who is running the media?  They all talk the same, use the same words, and support the same leftist anti-American agenda.  Someone, or some group, is pulling the strings in an effort to bring down America and remake this nation as just another failing socialist state in the global regime.

Democrat Propaganda – All Negative All the Time

This site is my opinion only and is unpaid. I am a retired Paramedic/Firefighter with 25 years of service in the City of Dallas Fire Dept. I have a B.A. degree in Journalism, and A.A. degrees in Military Science and History. I have spent my life studying military history, world history, American history, science, current events, and politics making me a qualified PhD, Senior Fellow of the Limbaugh Institute, and tenured Professor for Advanced Conservative Studies. 😄 It is my hope that readers can gain some knowledge and wisdom from my articles.
View all posts by dustyk103 →
This entry was posted in Democratic socialism, Elections 2020 and tagged American economy, Climate change, Conservatism, Democratic socialism, Democrats, Donald Trump, Liberalism, Media Activism, Republicans, Trump foreign policy. Bookmark the permalink.