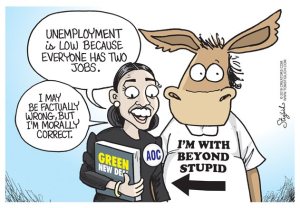 How do you combat the kind of stupidity on display by Chiquita Khrushchev?  Democrats function on a set of beliefs that have no basis in reality.  Yet they believe they are the people of science.  The top five fictions they believe are:

These are just a few of the delusions to which liberals adhere despite all the evidence to the contrary.  How do these people function in society when they are lost in the space between their own ears?  Were they to wander outside of the echo chamber of leftwing media, whose pundits mimic each other incessantly, they would be mystified by truth.  When they are exposed, they immediately respond in raging denial. 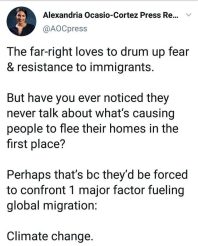 White Nationalism is a Democrat fiction

The border crisis is manufactured, but it is not a fictional imagination or creation of Trump’s.  Rather it has been created by Democrats violating immigration law.  By supporting socialist tyrants, Democrats are creating the conditions in Central America that is resulting in people fleeing the region.  At the same time, they are financing tens of thousands of Latino-communists and criminal gangs to invade America.  Democrat’s activist pissant judges have no right to overrule the President of the United States.  These traitors to the law need to be prosecuted.

Democrat presidential candidates are all democratic socialists working to overthrow the Constitution.  They distract the nation with collusion lies and refugee sob stories while importing illegal aliens to seed blue states to flip the next election.  Democrats can no more abide the truth being told than Islam.  What kind of treacherous fools want to give the vote to felons even when in prison letting criminals vote to change laws?  Democratic socialists always free criminals to terrorize the citizens. 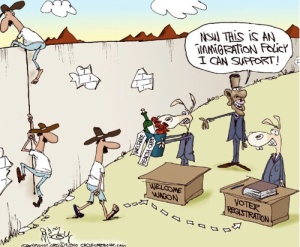 Democrats slander and impugn Republicans on every level.  There is nothing Democrats say that is not a lie designed to smear Republicans.  They don’t question Robert Mueller about his report.  They grill AG Barr about redactions they know are legally required because they wrote the law requiring them.  They don’t care about telling the truth.  None of what Democrats say is honest and half of Republicans in DC are equally dishonest working with them.  Their scheming and machinations of the public forum is designed to manipulate fools into surrendering their freedoms.

Even the Democrat cry for reparations over ancient slavery is just another method of saying they will pay morons to vote themselves back into slavery.  Do not be duped by Democrats.  Some can sound sensible like Obama, but their policies fail on examination.  It’s easy for lawyers who learn to talk a lot and say nothing.  Some Democrats can say something that makes sense.  But when they put their words into actions, they are always wrong.  The left is never right. 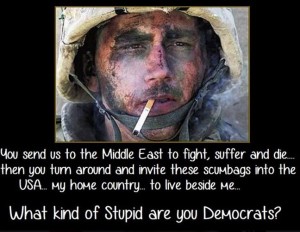 Truth and Wisdom from EIB:

Trump goes off on media lies

Does Every President Get Investigated by Special Counsel Now? 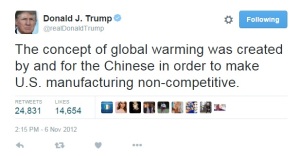 Our Country Is Designed to Thwart Authoritarianism

Truth and Wisdom at liberalsbackwardsthink.com: 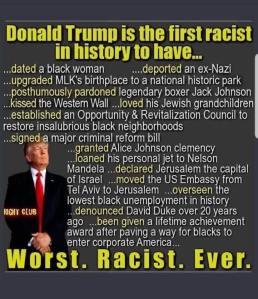 President Trump is more popular among Americans despite being demonized in the media daily than Obama was regardless of media slobbering over him. 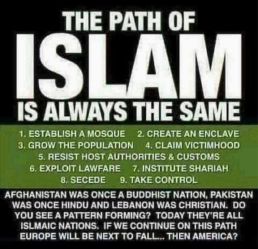 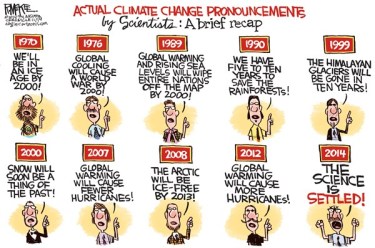 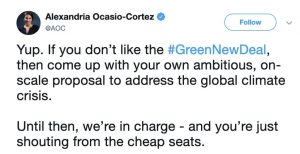 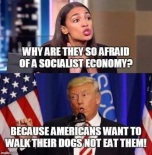 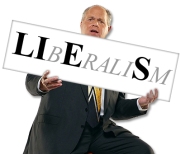 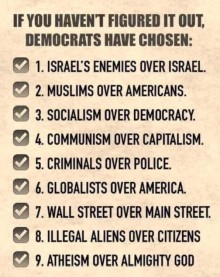 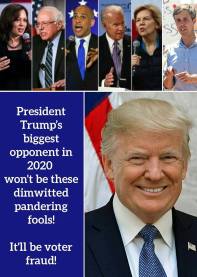 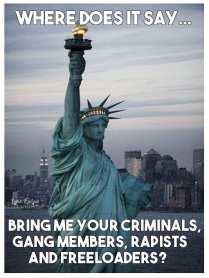 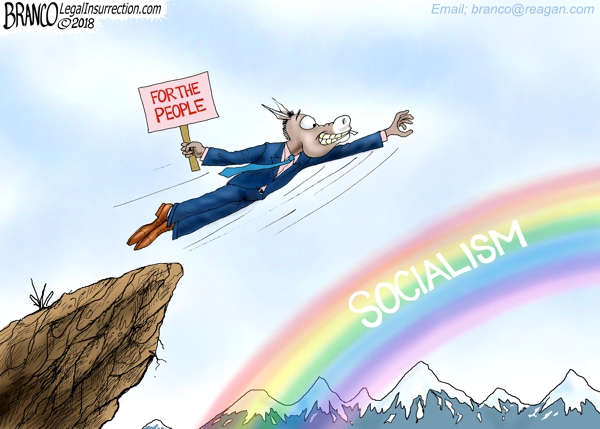 This site is my opinion only and is unpaid. I am a retired Paramedic/Firefighter with 25 years of service in the City of Dallas Fire Dept. I have a B.A. degree in Journalism, and A.A. degrees in Military Science and History. I have spent my life studying military history, world history, American history, science, current events, and politics making me a qualified PhD, Senior Fellow of the Limbaugh Institute, and tenured Professor for Advanced Conservative Studies. 😄 It is my hope that readers can gain some knowledge and wisdom from my articles.
View all posts by dustyk103 →
This entry was posted in Democratic socialism, Elections 2020, Politics and tagged 2020 Elections, AOC Climate Fear, Democrat Insurgency, Democratic socialists, Donald Trump, Importing Illegal Aliens, Voter fraud. Bookmark the permalink.