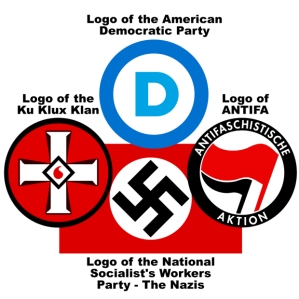 America’s thugocracy is openly threatening Americans who vote against them.  The Democrat Party that has always endorsed Nazis and cozied up to Communists are calling Republicans the party of Nazis cozying up to Communists.  They can only convince liberals of this by their being totally ignorant and oblivious of history, while suffering from the self-delusional psychosis of hypocrisy.  The liberal dupes of leftist deceivers have no excuse for their primal hatred of Americanism that has made the nation great, and the world a better place, when they favor the same socialism of the Nazis and Communists.  It’s a result of brainwashing akin to that done to keep Moslems enthralled to Islam.  They are told by lying Democrats that thousands of South Americans are asking to be refugees in the United States.  Refugees do not invade other countries or make assaults across their borders.

What the left hates about Trump

I believe the left’s constant diatribes against Trump as being “undignified” are founded in their elitist belief that they can do not wrong.  They scorn him for calling porn star who tried to blackmail him “horseface,” but happily laughed when Obama referred to a Republican governor, who was his superior in more ways than one (as a junior senator alone he held a much lower position than half the Senate and any state governor, and obviously never had the Christian morals of Sarah Palin), as “putting lipstick on a pig.”  The left always overlooks the sins and crimes of their own while slandering the righteous for the least little offense.  When they throw stones it’s always like their #MeToo movement, it always comes back around to bite them on the ass. 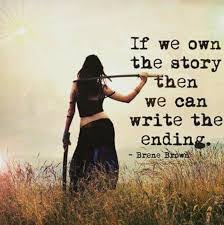 It was a crime for President Bush (43) to permit Democrats to assassinate his presidency without a fight.  He should have defied their slanderous lies as President Trump is doing pushing back against their false narratives.  He allowed them to nuke the economy and blame him for it to get Obama elected – not that McCain would have been much better as he was always willing to bend over for his Democrat buddies.  No Democrat will be sabotaging America to dupe the people during Trump’s watch.

Leftists declare it is morally right to steal.  They say it’s right to steal what you want from the rich because they believe the rich stole it from the poor.  Not just what you need like food which, if someone is stealing food to feed a starving family that person is in dire need, and not just stealing for the sake of stealing.  They steal what they want because it’s easier than working for it.  That’s why 95% of thieves steal from other poor people.  This is the leftist way to success which is why they form a Thugocracy.  By recruiting thugs to steal for them and intimidate those who stand against them leftists have always found it easier to take than to make.  It has always been leftists who steal from the poor because they are easier targets.  Only when they have real power can they steal from the rich.

Pelosi says those who do not vote for us will suffer

Illegal aliens are a drain on American taxpayers

Democrats say these people are desperate for a better life, that we need immigration reform and they have proposed bipartisan legislation.  They are not coming for jobs.  They are coming because Democrats will give them taxpayer benefits.  Most will become either welfare parasites or Democrat serfs working for slave wages.  They won’t pay taxes.  They won’t obey laws.  And they won’t be a benefit to this nation.

Their idea of “bipartisan” is having some RINOs who work with Democrats toward their agenda and give Democrats what they want rather than for their voters who reject Democrat’s liberal fascism.  Allowing anyone into the country who can be bribed and pandered so they vote Democrat is self-destructive to Americans.  Why these people supposedly flee socialism for America and then support socialism is not a mystery.  When they wave the flags of their countries and burn the American flag on their way to invade tells the whole story.  If these people were voting Republican, then Democrats would already have a wall.

Liberal’s infantile education and what they lack 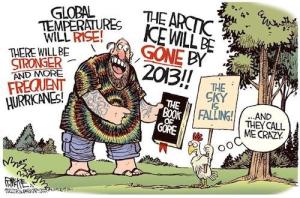 Democrats use their infantile fear of Chicken Little global warming and rich people stealing from the poor to dupe the ignorant.  The only rich people who steal from the poor are leftist Democrats using them as foils by which to smear working Americans.  Liberals never learned what adults understand, which is why they have infantile ideas about history.

Liberals are raised believing Robin Hood stole from the rich and gave to the poor rather than the true story that he fought an oppressive government taxing the people to death.  It’s not the story of a poor Democrat taking back his money from a rich Republican.  It’s more like a Republican fighting the tax oppression of a Democrat tyrant.  Liberals also believe that pirates are only from Treasure Island, say “Argh,” and have eye patches and peg legs with parrots on their shoulders.  They don’t see the Democrats in suits as pirates who put them in ghettos, tax their wealth away, and have the liberal media parroting their lies.  They never learned the lessons of Chicken Little and The Boy Who Cried Wolf to warn them of frauds. 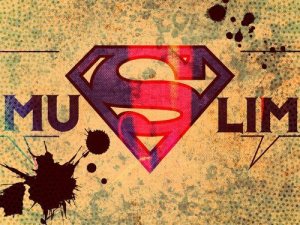 Liberals fantasize about being superheroes, but what would they do with their power?  They would attack the police who are upholding the law.  They would encourage invaders to steal from American citizens whom they condemn for not being charitable enough.  Leftist ideology is about blaming the working people for the plight of the poor.  They blame the righteous for the plight of the wicked.  Liberals have no understanding of righteousness when they don’t understand the difference between right vs. wrong over good vs. bad.  They think they are one in the same because they have no understanding of morality.  Like children they only understand what they need and what they want.

Democrats – liars, deceivers, and dupes all

Meet anti-Trump Democrats who are friendly to terrorists 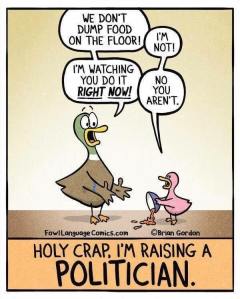 The problem with leftist liberal socialist mentality is that they cannot discuss anything as an adult.  They chastise conservatives as if they are the parent talking to children when they have no understanding of the responsibility of being a parent as they talk down to us.  When we confront them as adults they revert to childishness and call us names.  Liberals fail to act adult but constantly yo-yo between parent and child mentalities.  That’s why they deny doing what they are doing wrong when they are caught and believe they can lie their way out of it.

Democrats make all the wrong choices

Doing the wrong thing for the right reason such as stealing food to feed your starving children, or the right thing for the wrong reason such assisting immigrants to enter the country illegally to steal from working taxpayers, is still being half wrong.  It takes conservatism to understand the morality of right and wrong and not just see the juvenile view of good and bad.  Being fair and just requires more than just a tenuous understanding of ethics.

They say civilizations are judged by how they treat the least of their people.  Criminals are not the least of us, they are the worst of us.  The left has always endorsed the worst of humanity.  These are the people Democrats elevate as victims and martyrs to their cause.  Making criminals “victims of society” gives them justification to be thieves, rapists, and murderers.  They are not victims but the perpetrators!  They are the predators, scavengers, and parasites of humanity taking from the innocent to feed their own greed. 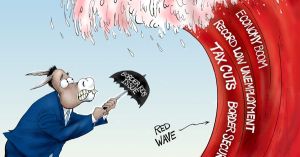 Democrats pollsters may well be shocked when Republicans turn out in droves to vote.  Some 37% of Republicans are afraid to answer pollsters, put out yard signs, put stickers on their cars, or wear a KAG hat for fear of Democrat terrorists.  It will be a stunning turnabout when 50% more Republicans vote than Democrats expect.  Even their vaunted voter fraud machine cannot compete with that kind of opposition.  America will see a rerun of 2016 with Democrats becoming even more insane and incensed to violence.  Is it any wonder they threaten to destroy Republicans when they regain power for voting against Democrats when they are willing to riot and terrorize them when they lose?

Man shot dead for saying he will vote for Trump

Illegal alien murders his American girlfriend in front of her child

This site is my opinion only and is unpaid. I am a retired Paramedic/Firefighter with 25 years of service in the City of Dallas Fire Dept. I have a B.A. degree in Journalism, and A.A. degrees in Military Science and History. I have spent my life studying military history, world history, American history, science, current events, and politics making me a qualified PhD, Senior Fellow of the Limbaugh Institute, and tenured Professor for Advanced Conservative Studies. 😄 It is my hope that readers can gain some knowledge and wisdom from my articles.
View all posts by dustyk103 →
This entry was posted in Elections 2018 & 2020, Politics and tagged Americanism vs. Socialism, Anti-America Jihad, Democratic Nazi Communist Party, Democrats, Donald Trump, Leftist Agenda, Presidential Dignity. Bookmark the permalink.