Liberal Fascism – Histrionics for the Ignorant and Gullible

Abraham Lincoln founded the KKK and Nazism.  That’s liberal history teachings in a nutshell.  I am white man, hear me b*tch slap liberals!

Leftist liberal Democrats have become so unhinged that they now believe they can openly declare that Republicans are the KKK, Nazis, and America destroying terrorists.  One Democrat running for Congress in Virginia who is a combat veteran and Rhodes Scholar proved that military service and intelligence are not recipes for a moral heart.  Sometimes insane liberals do join the military.  This leftist believes, like John Kerry and others, that his military service excuses the fact that his ideology is anti-American.  Stolen valor doesn’t always come from frauds outside the military.  Liberals pretending to be patriots while working to destroy America and all good things for which America stands are wolves in sheep’s clothing.

“After 9-11, the greatest threat to our democracy lived in a cave.  Today, he lives in the White House.” – Dan Helmer, Virginia Democrat candidate for Congress

The video suggests he was talking about Usama bin Laden, but his words say he is talking about Trump.  So, this guy thinks Trump was living in a cave before he lived in the White House?  No, fool, he was living in the penthouse of Trump Tower.  It’s no use asking this insane liberal what planet he’s living on because he doesn’t – he lives with his head up his own a**!  How ignorant do you have to be to believe what liberals teach?  How stupid do you have to be to believe what liberals say?  Comparing Donald Trump to UBL is proof of a demented mentality.  It doesn’t matter that he walks and talks and went to school.

Jar Jar Binks was a senator in the Galactic Senate in Star Wars and liberal Democrats are no different than he when it comes to intelligent moral thought.  They say the stupidest things in public, speak and act in the nastiest ways in their jobs, and they are exonerated by their deranged, America-hating fans, while conservatives are condemned as evil for speaking the truth and censored from free speech.  Bill Maher portrays Trump as an ape on his show and is applauded.  Roseanne Barr portrays Valerie Jarrett as an ape in her private Twitter and her show is cancelled.  The next time a liberal Democrat says that the FBI put spies in the Trump Campaign to protect him from Russians, and that he should be grateful, slap him in his stupid face hard, say you were protecting him from a dangerous mosquito, and that he should be grateful. 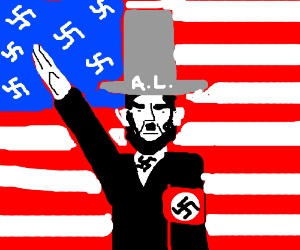 Liberals at Google edited their search engine to say that the ideology of Republicans is Nazism.  They have been doing this ever since America went to war with Hitler only because he declared war on the USA.  Prior to that, he and Stalin were their darlings of how to run a socialist state right.  Now they try to portray Nazis and Communists as opposite ends of the political spectrum rather than aligned together as the leftists they are.  Leftists always try to confuse and conflate the facts so that they disguise their true nature as wolves in sheep’s clothing.  Communist Russia and China both call themselves republics when there is nothing republican about them.  Liberals try to say Nazis taking the name of socialists was equally false, but a simple examination of their National Socialist ideology reveals them to be the same as their Communist Socialist allies on whom they turned.

Democratic Socialists in America are no different when it comes to their propaganda and desire to be the rulers of America as elitist totalitarian dictators commanding the masses of their subjects.  Democrats today are trying to don the mantle of righteousness to cover up their naked corrupt hearts.  They say that southern Democrats became Republicans and that they themselves are the Republicans that freed the slaves who became Democrats.  Believing this is the pinnacle of stupidity.  Democrats of the North believed the same as Democrats of the South, and just because Republicans moved south during the Reagan era to shift the majorities doesn’t make rednecks Republicans.  They are still Democrats once again holding blacks in thrall on the Democrat Plantation into which they were duped as welfare voter slaves.  They still want the Constitution abolished and leftist tyranny installed. 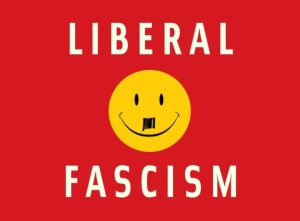 Liberals make it an immoral choice to be a patriotic American.  They go so far as to make it a crime when it is they who are guilty of crimes against America.  Obama corrupted the FBI and put in top positions anti-Americans who would spy on Americans for Democrats rather than spy on foreign invaders for Americans.  Obama’s operatives infiltrated the Trump campaign by planting spies that they call informants (informants come from the inside, not people who are inserted from without).  Those spies didn’t just observe to collect inside information to find Russians as they claim but seeded lies to Trump campaigners to plant the seeds of nonexistent Russian interference.  It was the spy they planted in the organization that planted the lie of Russian collusion in the mind of Papadopoulos who then spoke of it as if it were true.

This isn’t an investigation, this is entrapment, subterfuge, and sabotage of the Trump campaign by Democrats acting treasonously criminal.  They are using this fraudulent investigation into non-existent Russian collusion to stifle investigations of Hillary and Obama spying on Trump.  This tactic of distraction and blame is how Democrats avoid prosecution.  If only Jeff Sessions was a true-blue conservative, rather than an establishment fraud, then perhaps a deep investigation would be all over these people from Obama down to Clapper to uncover their subversion of America.

This site is my opinion only and is unpaid. I am a retired Paramedic/Firefighter with 25 years of service in the City of Dallas Fire Dept. I have a B.A. degree in Journalism, and A.A. degrees in Military Science and History. I have spent my life studying military history, world history, American history, science, current events, and politics making me a qualified PhD, Senior Fellow of the Limbaugh Institute, and tenured Professor Emeritus for Advanced Conservative Studies. 😄 It is my hope that readers can gain some knowledge and wisdom from my articles.
View all posts by dustyk103 →
This entry was posted in Politics and tagged 2018 Elections, Dan Helmer, Democrat congressional candidates, Donald Trump, Liberal Fascism, Republican Nazis, Republicanism vs. Democratism, Trump Derangement Syndrome. Bookmark the permalink.