How Liberal Contempt Slanders Everyone 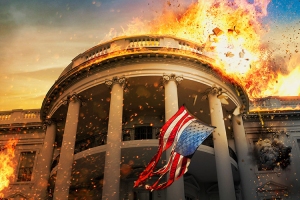 A liberal Democrat teacher was recently in the news slandering the military as being lowly, stupid people, “the lowest of the low.”  Not criminals, not gangbangers, not rapists and murderers, but America’s military.  The members of the armed forces, law enforcement, and fire protection agencies of this nation all risk their lives and sacrifice every day in defense of others.  This is America where the military protects the people, not a socialist dictatorship that liberals want where the military are the oppressors.  Liberal contempt for others knows no bounds.  As this leftist teacher smears the military what does he have to say in response to the liberal saying, “Those who can, do.  Those who can’t, teach?”

Liberalism in 21st century America is based on the leftist ideology of social liberalism.  They believe in socialism, totalitarian dictatorship, controlling others using coerce or deception to force submission to their own morality.  Social justice is merely smoke and mirrors by which to dupe the unwary into believing they are acting out of compassion rather than selfishness.  It is an ideology with two faces that relies on ambiguity and ignorance to advance its cause.  There’s not a liberal who can win a debate or make an argument without devolving into mockery and name calling because their arguments always fall apart when faced with truth and confronted with the facts.  Their facts always turn out to be bogus supposition based on innuendo and dysfunctional logic.  They assume much and thus draw erroneous conclusions based on random facts without taking into account related matters.  It doesn’t matter how intelligent they are when their morality fails or their knowledge is lacking leaving them flailing for itinerant facts as they always change the subject to try to distract from their errors.  Liberalism must hold righteousness and its adherents in contempt or it will be forced to recognize its own failings.  Take Bill Maher who is very intelligent, quick witted, and keen of mind, but who is morally ambiguous.  He always has conservative guests on his show, but when they start making strong, undeniable points he always cuts them off with mockery and smears them.  That is where most good people fail to counter assault because they do not understand people who are being unreasonable or act irrationally through emotion rather than logic, and it’s just not good manners to call someone a moron to their face.  As a member of the military they believe to be so lowly I would pit my high IQ, morality, and knowledge from a lifetime of learning against any liberal.  There’s not a liberal alive who can argue with me with valid facts and win.  All they can do is obfuscate and make false accusations, which is how they advance their agenda in the minds of the ignorant who don’t understand how lies and propaganda work.  That’s why their morality is shades of gray rather than black and white, and why their facts are ambiguous and their logic dysfunctional.  Being intelligent is more than just having a high IQ, or an array of knowledge, understanding people, or being moral.  It is all of them combined with the whole being greater than the sum of the parts.  The primary difference between a conservative and a liberal is recognizing, remembering, and understanding factual truths.  Liberals do not have an honest understanding of the meaning of words because they do not study history and don’t do math well.  They call Trump a fascist when they do not know the definition of the word and how a fascist leader operates.  They know the names, Hitler, Mussolini, and Stalin, but they don’t have any knowledge of what they did or why.  When it comes to the pillars of civilization and American greatness they have nothing but contempt:

Liberals have contempt for those who believe in God saying He is a fantasy for weak minds.  They put themselves above God which is the pinnacle of hubris.  They embrace beliefs that are anti-God; either atheism to make themselves independent of morality or Islamism to coerce others to obey their will and worship the god they choose.

“If it feels good do it” is their family motto and they have no loyalty or honor among themselves.  Morality is relative and an individual choice in their minds, as is truth and justice.  They endorse immorality and abortion, having women kill their own babies in the womb, as a matter of convenience.

Trump’s SOTU guests were all people of great achievements who overcame adversity to succeed because of American freedom and opportunity, where Obama always brought pitiful wretches who were portrayed as victims who stood against the evils of America as racist and hateful.

Liberalism rejects authority and righteousness to adhere to selfishness and greed.  It deceives by creating ambiguity that leads to specious suppositions to which they cling regardless of the facts or truth.  Liberalism is born of ignorance and bred on immorality and is the ideology of immaturity that refuses to acknowledge its own flaws.  Like teenagers who never grow up they believe themselves to know all the answers and always be right even when evidence is before their faces because they never want to admit they are wrong.  I spent many years being wrong and making mistakes being taught by those who knew better and understood more before I grew up to become an adult.  Adulthood is not a matter of age or actions.  What liberals believe are rites of manhood are often the wet dreams of children.  When Winston Churchill said, “If you are over thirty and a liberal you have no brain,” he wasn’t speaking of intelligence, but of maturity.  The lack of maturity in the liberal media is on display every day in their lies and contempt for President Trump as well as their deceptions and cover-ups of Barack Obama.  Slander and libel are the tools of the Left in character assassination to smear the truth and the righteous in the eyes of those they can fool.  Mark Twain said, “A lie can travel half way around the world while the truth is putting on its shoes.”  That’s why I write a blog instead of report the news.  When news breaks the media is always quick to jump on the story to be the first to report it.  They claim they are leading the way when they are actually trying to take an event and twist the facts to fit their agenda.  Journalism depends on objectivity in reporting the “who, what, where, and when,” leaving the “why and how” for later editorials.  Reporting is always erroneous when an event first occurs and it takes time to dig into the background of the cause to understand the potential effects of an event to fully understand what happened and why.  The global warming scam leads in that department using erroneous facts to report on current events claiming that science can predict the future of the planet and declaring it to be a conclusive fact.  Science is still maturing and learning and only the immature believe it can be declared settled.  Facts without context are erroneous.  Understanding that a nuclear reaction causes the release of energy is not the same as understanding the dynamics of Earth’s ecosystem.  Declaring the Earth is being killed by man is the same as declaring a man who is shot is killed because of a bullet before examining the body.  Just because it is possible for a bullet to kill a man does not make it an established fact that a man struck by a bullet will be killed.  Liberals have much to learn about how the world works, which is why Democrats want to lower the voting age to young teens and obtain their vote without proper identification.  The world has become so very complex and lifespans so long that the voting age should be raised to thirty years of age so that those voting have experience in the real world and not just academia.  Electronic media has become so pervasive, yet so liable to falsification, that conclusive voter ID is a requirement to prevent fraud.  Both picture and finger print on a physical ballot should be required, yet the Left that thrives on voter fraud contests these.  California, New York, and Illinois allow millions of illegals and felons and even dead people to vote.  Hillary’s popular majority is a myth forged by Democrat voter fraud.  The media’s capacity to misrepresent the facts, let alone perpetrate outright deceit, that uncovering the truth is difficult at best.  The Left’s contempt for righteousness extends to their contempt for the law.  If they can get away with lying, cheating, or stealing to get what they want they have no problem with that because it is morally right in their eyes.  And as they have proved time and again throughout history, if they can’t get what they want through cheating or deception, then they are willing to resort to coercion or even kill to take it, which is why they have Antifa rioting and BLM murdering police, and dream of assassinating President Trump.  Liberalism is the ideology out of which moral people learn to grow to become conservatives as defined in 21st America of today.  But that still leaves the half of the population that either adheres to it or is duped by it with whom to contend.

Liberals have been striving to overturn the rightful election of Donald Trump by any means possible from slander to swindling.  They fight against everything he is doing to undo their agenda of unmaking America to remake her in their image.  They scorn the economy that people are benefiting from and threaten to undo the border security he is building.  They protest against America and slander the party of Lincoln that freed the slaves, ended segregation, established civil rights, and has done more to bring blacks into the mainstream of society as racist.  They hold those who serve in contempt and glorify criminals.  Everything liberals do is backwards from what is right because they do not have the real world experience and understanding to differentiate between the Left’s deceptions and righteousness.  They have been indoctrinated into their false ideology at the expense of education to think for themselves and it is the fault of conservatives for allowing liberals to take control of academia and the media.  If America is to survive then the system must be repaired or our children will be lost to lies and live in darkness.

How Democrats Have Suckered Immigrants, the Poor, and Workers

Should Children of Embezzlers Keep the Money Their Parents Stole? 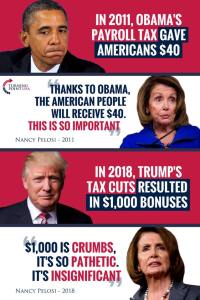 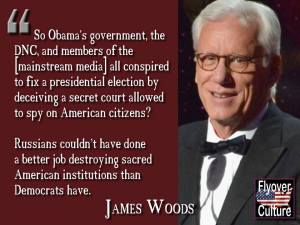 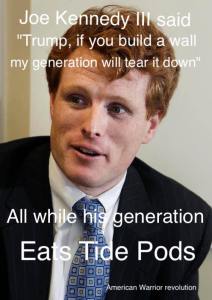 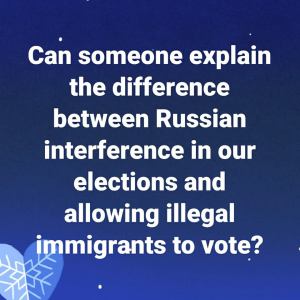 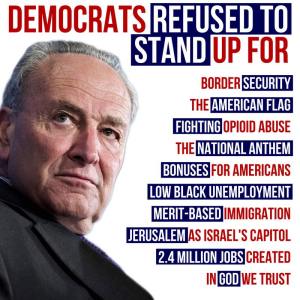 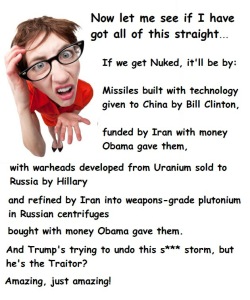 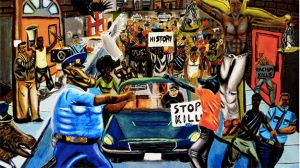 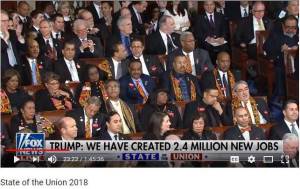 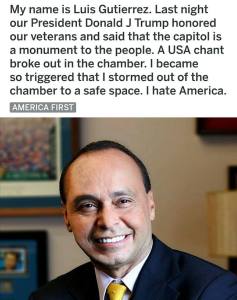 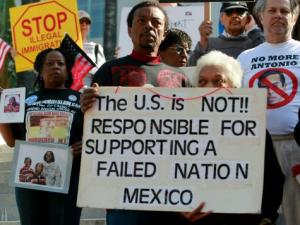 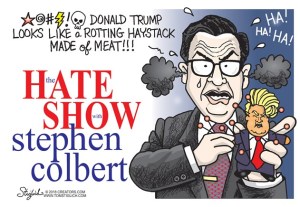 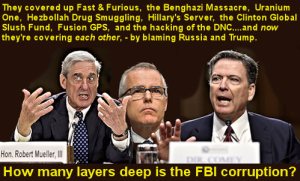 This site is my opinion only and is unpaid. I am a retired Paramedic/Firefighter with 25 years of service in the City of Dallas Fire Dept. I have a B.A. degree in Journalism, and A.A. degrees in Military Science and History. I have spent my life studying military history, world history, American history, science, current events, and politics making me a qualified PhD, Senior Fellow of the Limbaugh Institute, and tenured Professor Emeritus for Advanced Conservative Studies. 😄 It is my hope that readers can gain some knowledge and wisdom from my articles.
View all posts by dustyk103 →
This entry was posted in Politics and tagged America, American Fascists, Atheism, Christianity, Conservatism, Country, Democrats, Donald Trump, Family, God, Islam, Leftists, Liberal Fascism, Make America Great Again, Republicans, Social Liberalism. Bookmark the permalink.