How Democrats funnel your tax dollars to their corrupt states 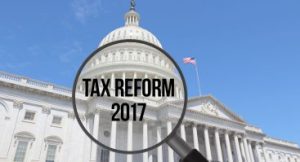 Democrat states don’t pay their fair share of federal taxes.  Republicans in Congress must eliminate the federal tax deduction of state income taxes in order to make all states pay equally to support the nation.  Democrats came up with this system whereby their dishonest Democrat state governments that are fiscally wasteful benefit from taxes paid by red states.

Democrats always take more than the people make.  Their entire ideology is that all money belongs to the government, that people must pay government first, and any tax cuts they give people they do so from the goodness of their hearts.  If Republicans cut taxes across the board then Democrats always claim they are giving tax cuts to the rich for which the middle and lower classes must pay.  When Reagan cut taxes the economy launched into the greatest boom in half a century for the next twenty years.  Congressional Democrats demanded deficit spending to compensate them for their tax loss, but even after revenues doubled to exceed pre-tax cut levels they continued growing the national debt.  Obama & Co. set up the new tax laws at the same time they were inflicting the huge ObamaCare taxes on the nation.  By deducting state income taxes from federal income taxes Democrats put the burden of supporting their crooked state government’s wasteful spending on the rest of the nation.  California, New York, New Jersey, and Illinois have the highest state income taxes in the nation that feed into the coffers of these Democrat swindlers and their cronies.

“Revising our tax code is not just a policy discussion – it is a moral one, because we are not talking about the government’s money – we are talking about your money, about your hard work.” – Donald Trump

Congressional Republicans now have the opportunity, the right, the moral authority, and the righteous duty to discharge this tax burden on the nation.  This onus needs to be put squarely on the backs of the people who voted for their corrupt Democrat governments.  So long as they can take from states that are fiscally responsible they will never see a need to change.  Californians especially need to pay for their own state’s waste and corruption.  The people who claim to have the best economy in the nation can certainly support themselves and also contribute their fair share to the national tax burden.  Liberals scorn red states that suffer from hurricanes, floods, and tornadoes, while they suck up America’s wealth paying for their natural disasters of fires, landslides, earthquakes, and destructive Democrat economic policies that punish the rich and Republican districts in their state.  The lack of compassion and charity of liberals is epic when it comes to being part of the nation.  The Left always demands that Republicans, conservatives, and Christians open their wallets to provide for leftist policies like global warming and illegal immigrant benefits, all of which are designed only to suck up wealth and fill their own pockets.  Put an end to this fascist totalitarian practice of government theft!

Democrat’s fake news that tax cuts must be paid for

This site is my opinion only and is unpaid. I am a retired Paramedic/Firefighter with 25 years of service in the City of Dallas Fire Dept. I have a B.A. degree in Journalism, and A.A. degrees in Military Science and History. I have spent my life studying military history, world history, American history, science, current events, and politics making me a qualified PhD, Senior Fellow of the Limbaugh Institute, and tenured Professor for Advanced Conservative Studies. 😄 It is my hope that readers can gain some knowledge and wisdom from my articles.
View all posts by dustyk103 →
This entry was posted in Economy, Politics and tagged Democrat corruption, Democrat's Fiscal Waste, Donald Trump, Federal Tax Deductions, Income Taxes, Red States Blue States, State Income Tax Deductions, Tax Reform. Bookmark the permalink.