Brainwashing via subliminal messaging is illegal for good reason.  But the Mainstream Media overwhelming people with misinformation, misdirection, lies, innuendos, false premises, and implications to cause young minds to become misguided is not.  The Left owns 90% of the media entertainment industry and the impressionable minds of the young and uninformed are their targets.

Is it any wonder that America has been falling to the Left during the 20th century and is in critical danger at the beginning of the 21st?  What we thought was an age of great achievement was also an age of creeping darkness.  Great advances in science also led to great advances in psychology and understanding not only how people think, but how they can be manipulated.  The Left is teaching the young and ignorant that resisting Trump is for liberty and is not only their right, but their duty!  They believe he is a bully that abuses women, hates gays and blacks, and is an extreme bigot against Moslems and Islam who only wants to make himself the richest, most powerful man in the world.  With 90% of the media owned and operated by leftists, who infuse their propaganda in everything they produce from news to advertisements to entertainment, people are being bombarded with misinformation. 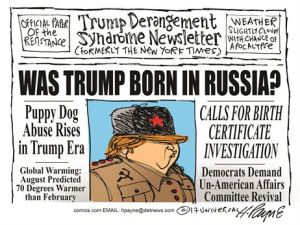 Master hypnotist Derren Brown proved how a person can be manipulated to believe the most insane things.  He convinced a man that everyone else in the world had become zombies, and he did it purely through subliminal messaging, which is why subliminal messaging in media is illegal.  But what of the overwhelming flood of information with which people are bombarded every hour of the day?  The 90% of the Mainstream Media that transmits the Democrat Party propaganda march in lock step to flood the zone.  Their disinformation campaign is a deluge of monsoon proportions that never stops inflicting their distortions on those who do not delve into the subjects but accept whatever they are told.  In order to find the truth one must seek it out and dig through the 10% of media that tells the whole story and reveals how the truth is twisted.

But leftists believe those on the Right are being deluded by conservative media who are perverting their thinking with their constant opposition.  That opposition is so effective in promoting rational critical thinking that leftists tell their followers not to listen to them as they will only hear lies.  They have no idea that the flood to which they are being subjected has warped their own thinking and that they have difficulty separating truth from lies because of it.  Their understanding of the issues when debated reveals that they, too, march in lock step with Mainstream Media propaganda.  Just as Moslems are forced to pray five times a day so that their indoctrination makes it easy for Imams to convince them to kill themselves, leftwing propagandists keep their followers in check by portraying those who are righteous as evil.  The delusion is easily maintained so long as the overload of false information is continued.  (I don’t jack off five times a day and psychologists say I’m a sex addict!  What then of these people?)  It is not religion that is the problem, but the lack of morality and open-minded review of the facts listening to both sides completely before making a judgement.  Too often stories are produced that the common man only sees the headline and jumps to conclusions about the truth.

The Left promotes America and the rightwing conservatives and Christians as the evil in the world.  They promote Moslems and Mexicans stealing into America to take jobs, commit acts of terror, and imposing Sharia on the people as the righteous reclaiming what is theirs and righting wrongs.  These are the teachings of the most devious corruptors in history; Muhammad, Marx, Hitler, Alinksy, Obama.  The con-artist understands that the best way to steal is to convince your prey to surrender willingly rather than to fight them like snakes that hypnotize their prey.  Only when predators are more powerful than their prey do they resort to violence.  Predators prey on the weak until they can gang up to take down the strong.  In Star Wars and Harry Potter parlance – they use the Dark Side of the Force to seduce those who would avoid doing what is right to do what is easy, because propaganda, like the Force, has a strong influence on the weak-minded. 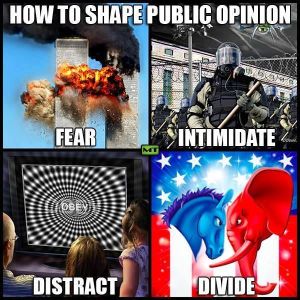 The true paradigm of Right vs. Left is that the Left represents immorality, slavery, and submission, while the Right represents morality, liberty, and self-determination.  Leftists may believe they are rebels, but they rebel more against morality following their indoctrination rather than for free thinking.  Indoctrinated thinkers are easy prey to misdirection, misinformation, innuendo, accusations, implications, and false premises to create confusion by causing them to make assumptions based on insufficient information.  A free thinker examines both sides of an argument and does not automatically dismiss the opposing argument or threaten violence against the debater when his preconceived notions are challenged and disproven.  The proof of this is in the leftists that are out rioting both on the streets and on college campi to stop Trump saying they are freedom fighters opposing fascism.  Does anyone remember the TEA Party rioting against Obama?  Righteous people welcome debate to expose the truth!  When you oppose free speech with violence, even fascist free speech, then you are the fascists! 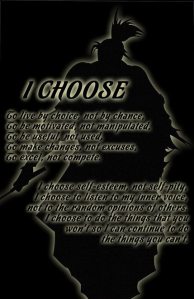 Islamophobia and Christodi (Irrational fear of Islam and hatred of Christ)

The cognitive dysfunction of the underdeveloped young mind

This site is my opinion only and is unpaid. I am a retired Paramedic/Firefighter with 25 years of service in the City of Dallas Fire Dept. I have a B.A. degree in Journalism, and A.A. degrees in Military Science and History. I have spent my life studying military history, world history, American history, science, current events, and politics making me a qualified PhD, Senior Fellow of the Limbaugh Institute, and tenured Professor Emeritus for Advanced Conservative Studies. 😄 It is my hope that readers can gain some knowledge and wisdom from my articles.
View all posts by dustyk103 →
This entry was posted in Fundamentals, Politics and tagged Democrat media propaganda, Donald Trump, Leftist lies, Leftwing media keeps them dumb, Liberal misinformation campaign, Lying Democrat Mainstream Media (LDMSM), Mainstream Media, NeverTrumpers, Propaganda, Trump Derangement Syndrome. Bookmark the permalink.

2 Responses to Indoctrination: How the ignorant are being overwhelmed with propaganda