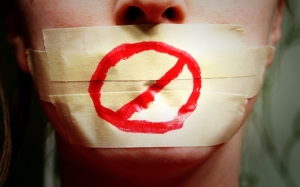 Education is the key to understanding liberalism.

On the O’Reilly Factor, Bill, the host, lamented he does not understand the motivations of the Left:

I know the answer!  Invite me on the show, Bill, and I’ll explain it to you.

Bill is an intelligent, moral guy, but he doesn’t fully walk in the light of wisdom.

Understanding the Left is easy when you open your eyes to the fact that there are people who want to destroy America.  They want the carnage!  They want the nation divided!  They are not patriots fighting for freedom.  They are America haters!  They want America to fall so they can remake it in their image.  They don’t want America the Land of the Free and Home of the Brave.  They want America the socialist banana republic dictatorship where they rule and all opposition dies.  Once you realize this, Bill, that their motives are to divide and conquer, then the reasons behind their actions become clear.

Evil has two weapons; force and deception.  If they cannot take from you what they want by force then they resort to deceiving you into giving it to them.  They trick you into surrendering your rights, your freedom, your goods by convincing you it will be to your benefit by appealing to your greed or appeasing your guilt.  They will not tell the truth but manipulate you with double-talk to distract you as they deny their own culpability.  They blame their failures on others and take credit for other’s success.  There is no truth in the leftist’s ideology.

Until you recognize that the principle weapons of evil are violence and deception, you leave yourself susceptible to being duped into becoming their victim.  Naïveté leads to gullibility, ignorance leads to misunderstanding, obliviousness leads to being cheated.  The Pastor who raises his children shielding them from all evil sends them into the world unarmed and defenseless against it.  Young liberals are deceived because they do not understand the difference between what is good and what is right.  They do not understand that when what someone says is not followed by what they do that they are lying.  “Actions speak louder than words” is a wise saying for a reason.  Young people who have not yet learned to know better believe it to be obsolete.  Technology becomes obsolete.  Wisdom is timeless, not the obsolete thinking of old men.

University and media fake news are breeding ground for Nazis

The Left is two-faced for a reason.  The first defense of a liar is to obscure the truth.  A deceiver declares those who tell the truth to be liars, and it is up to the third party to determine the truth.  When the Left calls the Right Nazis, and then riots to keep the Right from speaking freely, which is the Nazi – the people who believe in free speech or the people who use violence to silence free speech?

These Nazi fascists terrorizing universities are not trying to enlighten people to unrighteousness.  They are not trying to defend freedom.  They are attacking the righteous with threats of violence to silence them from speaking out for what is right against what is wrong.  Those leftwing government operatives that allow this and then expect you, the taxpayer, to pay for the damage they permit to be done is a crime in itself.  The leaders of these campuses, cities, and states that violate the laws of the nation and then demand the rest of us pay for their lawlessness are criminals who deserve to be put in prison along with their thugs.  No doubt they will cry fascism, but what criminal doesn’t blame those who uphold the law as violating their rights for stopping them from violating the rights of others?

Your rights end where mine begin!  That is a righteous belief.  The Left believes your rights end wherever they want because they lack the moral compass to understand right and wrong.  People who cannot tell the difference between killing in self-defense and committing murder certainly will believe that calling criminals who harm others “bad people” is “hate speech.”  The Left accuses the Right of fearmongering then say, “Man-made climate change is going to end the world!  Stop using cars, stop running air conditioners, stop using coal to heat your homes.”  Talk about insanity!  Liberalism is about teaching the ignorant to think stupid.

Islamo-nazis and Communists DO NOT belong in America!

This site is my opinion only and is unpaid. I am a retired Paramedic/Firefighter with 25 years of service in the City of Dallas Fire Dept. I have a B.A. degree in Journalism, and A.A. degrees in Military Science and History. I have spent my life studying military history, world history, American history, science, current events, and politics making me a qualified PhD, Senior Fellow of the Limbaugh Institute, and tenured Professor for Advanced Conservative Studies. 😄 It is my hope that readers can gain some knowledge and wisdom from my articles.
View all posts by dustyk103 →
This entry was posted in Politics and tagged America, America hate, Americanism, Anti-Christian, Christianity, Communism, Democrats, Donald Trump, Fascism, Islam, Liberalism, Nazism, Republicans, Socialism. Bookmark the permalink.