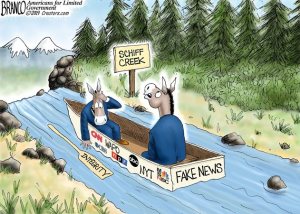 Liberalism is the living definition insanity – doing the same thing over and over expecting a different result.  Mueller’s report has been their Holy Grail to remove Donald Trump and make Hillary president by decree and they have been gob smacked in the face with its conclusion that the whole two years has been a scam.  Now they are going into denial and collapsing into the fetal position demanding it be proven true. 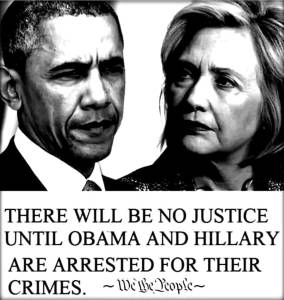 America has been the victim of leftist deceivers and their liberal dupes for over two years claiming that Putin pulled the strings to make Trump president.  That lie was laid bare and proven by a complete lack of any kind of the most impossible evidence that it ever happened that it never did.  Yet Democrats are now redoubling their efforts to continue their efforts to overthrow President Trump via a coup.  Rush Limbaugh presented a montage of just a few minutes of over two thousand hours that liberal media have devoted to crying “guilty” since the election.  Liberals are once again left in a deep depression and increasing rage that is manifesting at their second massive defeat.

DON LEMON: … what could be the biggest bombshell of them all.

DICK BLUMENTHAL: (rotunda noise) …colluding with the leader of a hostile power.

ADAM SCHIFF: (rotunda noise) I could certainly say with confidence that there is significant evidence of collusion.

DON LEMON: He brought up what he called, “the golden showers thing.”

NATASHA BERTRAND: …allegations that he had prostitutes pee on a bed.

JIM SCIUTTO: (music) Are the walls closing in?

BOB MENENDEZ: (rotunda noise) It seems to me that the walls are closing in on the president.

LAURENCE TRIBE: He feels the walls closing in!

DON LEMON: The walls are closing in.

MATT VISER: The walls sort of closing in.

MARA GAY: The walls are closing in.

NICOLLE WALLACE: It feels like the walls are closing in.

STEVE SCHMIDT: He sees the walls closing in.

DAVID AXELROD: Those walls are closing in on him.

DICK BLUMENTHAL: The walls are closing in on Donald Trump and his inner circle.

JOHN DEAN: This is a level that Richard Nixon never went to.

JEFFREY TOOBIN: …worse than what Nixon did during Watergate.

CARL BERNSTEIN: Today, I read the articles of impeachment against Richard Nixon, and everybody should go read Article 2 of it and how similar it is to what we’ve seen Trump do here.

DICK BLUMENTHAL: It is a break-the-glass moment.

JAKE TAPPER: We are all going through a slow-motion, multi-monthed Saturday Night Massacre.

RACHEL MADDOW: Protests across the country! More than 900 are planned. Question as to whether or not this was the break-glass moment.

WOLF BLITZER: …the level of obstruction of justice?

BROOKE BALDWIN: (background noise) … this could potentially be an impeachable offense.

MARK MAZZETTI: …which could lead to impeachment.

TOM STEYER: The Constitution gives us one solution, which is to impeach.

JACK QUINN: This is an impeachable offense.

ARTHEL NEVILLE: Will Democrats look to impeach the president?

CHUCK TODD: Let’s go to this issue of impeachment.

LARRY O’DONNELL: Donald Trump will be, must be impeached.

CARL BERNSTEIN: They are the kind of offenses, uhhh, that would call for impeachment.

GEORGE STEPHANOPOULOS: …may be grounds for impeachment.

SAVANNAH GUTHRIE: …the prospect of impeachment.

TOM LLAMAS: The drumbeats from Democrats for possible impeachment get louder.

KIMBERLY ATKINS: If House members find impeachable offenses, it is not just the right thing to do. It’s their duty.

JOHN DEAN: The House is going to have little choice other than to start impeachment proceedings.

RUSH: Nothing. Absolutely nothing but bold-faced, 100% speculation, lies — but more importantly, hope. Three minutes of compressed hope in two years that this man, Donald Trump, is dispatched, and there wasn’t one moment of truth.

Leftist collusion delusion ends with Mueller pissing on their parade and liberals are the living definition of insanity continuing to attempt to perpetrate this scam America. 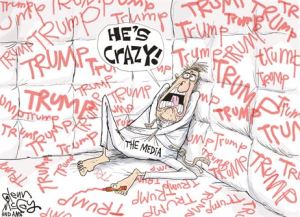 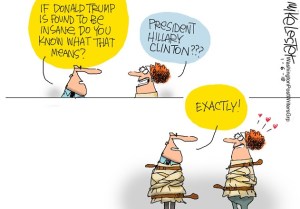 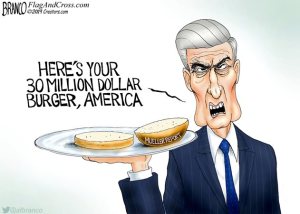 We’re Not Going to Move on from Robert Mueller, Mr. Rove

The Time Is Now to Investigate Two Years of Lies

Mueller Probe is NOT a Vindication of the American Justice System

This site is my opinion only and is unpaid. I am a retired Paramedic/Firefighter with 25 years of service in the City of Dallas Fire Dept. I have a B.A. degree in Journalism, and A.A. degrees in Military Science and History. I have spent my life studying military history, world history, American history, science, current events, and politics making me a qualified PhD, Senior Fellow of the Limbaugh Institute, and tenured Professor for Advanced Conservative Studies. 😄 It is my hope that readers can gain some knowledge and wisdom from my articles.
View all posts by dustyk103 →
This entry was posted in Politics and tagged Anti-Trump Democrat Coup, Democrat Collusion Delusion, Donald Trump, Liberal insanity, Mueller Report, Rush Limbaugh. Bookmark the permalink.