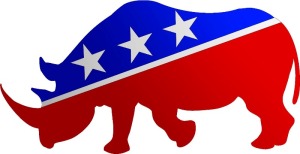 When someone says they’re conservative, but then embrace Democrat policies, don’t be confused.  Understand that they are lying in a deliberate attempt to deceive you as to their true beliefs and intentions.

When what you say and what you do are opposite it proves that what you say is a lie.  Obama, who was raised a Moslem, attended a church of Black Liberation Theology that promotes the Jesus of the Koran rather than the Christ of the Bible, when he kept saying he is a Christian, but then made laws to harm Christians, and enacted policies to aid Moslems of the Muslim Brotherhood to renew the worldwide Jihad to re-establish the Caliphate, why would you take him at his word?  Leftists always claim to be what they are not.  Democrat actors pretend to be military heroes in the movies, but then slander them in real life as thugs.  They say they are for law and order and then advocate for criminals.  When Democrats campaign for office they do so by espousing conservative fiscal policies, but in reality they fully intend to enact ludicrous liberal spending, cronyism, and waste.  When they say that Republicans are the ones who engage in these activities they are lying.  It’s called “projection” of one’s own beliefs onto others.

But then there are the Republicans that are called RINOs – Republican in name only.  They say they are conservatives, but then embrace leftist policies.  Leftists know that the best way to defeat their enemy is to infiltrate their ranks and corrupt them from within.  Obama was the Trojan Horse they inflicted on America to enact Islamist policies making America weak while funding Islamists.  Republicans like John McCain, who loves working with Democrats, and others like Jeff Flake, who says Trump is what the Democrats say he is rather than what he has shown himself to be in his unwavering promotion of conservative policies, are the wolves in sheep’s clothing.  (Does it say anything that both are the Arizona senators?)

The NeverTrump Republicans who claim to be conservatives are just a bunch of scammers who say all the right things but do all the wrong things.  That is why it’s so easy for young people to become confused about who and what to believe in Washington.  There is a simple rule to follow when it comes to those who speak in politics:

To know the truth you can only fall back on the teachings of Jesus;

The Left has proven that they are America haters who want this country to be remade into a socialist toilet like China, Russia, and other communist and national socialist regimes wherein the government rules over the masses, and they are willing to use violence, lie, cheat, steal, and kill to do it.  America was founded by the Right as a nation of liberty and laws wherein the government serves the people.  The two cannot mutually coexist and have been at odds since the Founding.  Democrat slavery, atheist dictatorship, and now Islamic jihadis have always sought dominion over all the people.  The left’s newest ploy, that Trump is a xenophobic isolationist hater, is just more of the same being thrown into the fan to see if some fools will believe them and make it stick.  President Trump is not isolating America from the world, and not reducing America to become part of a globalist regime that Democrats want, but re-establishing America’s leadership of the world, and that is what the Left absolutely abhors!  They do not want a world of free peoples whom the government serves, but a world of peasants that serve the nobles.  That is why they constantly accuse Republicans of wanting to be ruling oligarchs because it is they themselves that work toward that goal.  It is unfortunate that half of Republicans are willing to throw in with them.  President Trump went to Washington to drain this swamp of corruption and his voters recognized his character and force of will to take on that awesome task.  But there is no simple fix.  It will take years to accomplish.  The question is will Americans be able to continue to see through the Left and not be duped so that they stay on course with Trump and after?  Or will America fall?

This site is my opinion only and is unpaid. I am a retired Paramedic/Firefighter with 25 years of service in the City of Dallas Fire Dept. I have a B.A. degree in Journalism, and A.A. degrees in Military Science and History. I have spent my life studying military history, world history, American history, science, current events, and politics making me a qualified PhD, Senior Fellow of the Limbaugh Institute, and tenured Professor for Advanced Conservative Studies. 😄 It is my hope that readers can gain some knowledge and wisdom from my articles.
View all posts by dustyk103 →
This entry was posted in Uncategorized and tagged Americanism, Communism, Conservatives, Democrats, Donald Trump, Islamism, Jeff Flake, John McCain, Liberals, Mike Huckabee, Nationalism, Nazism, Populism, Progressives, Republicans, RINOs, Socialism. Bookmark the permalink.