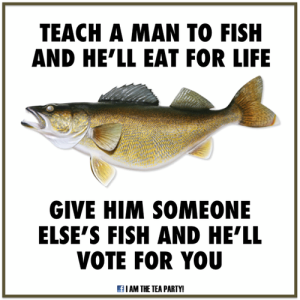 Learning is a lifelong endeavor and half of young people who learn how the world works as they age alter the way they think.  The other half stay mired in their emotional, illogical thought.  Rather than examining facts and coming to a conclusion, the liberal mind will come to a conclusion and then choose facts to support it.

“The trouble with our Liberal friends is not that they’re ignorant: It’s just that they know so much that isn’t so.” – Ronaldus Magnus

This leads to the other conclusion of why people remain liberal in thought.  That they reject facts is due to denial by the immature mind.  But to create new facts which are proven to be lies is the act of the immoral mind.  When it comes to the war between the Right and the Left, John Milton says it best;

Liberal backwards think is a curious phenomenon.  The best way to explain how liberals take a subject and apply their logic from the back end forward is to give two stark examples of liberal backwards think.  One is how liberals approach math in spending and the other is how they approach the science of events.  (Note: this has nothing to do with right brain/left brain thinking.)

When the right thinking person spends money and they see a ten dollar item that is reduced by 20%, when they buy that item they understand that they just spent $8.  When a left thinking person spends money the same way they do not understand they just spent $8, they focus on the fact that they saved $2.  So when each describes their purchase the right person will say they spent $8 while the left person will say they saved $2.

In the past, before politically correct language, this was called “female logic.”

Leftists, Socialists, Democrats, and to some extent moderates, view the world in this manner.  When President Obama and the Democrats say the sequester cut spending by 2% and they don’t have the money to pay for their programs, they are misrepresenting the facts in the same way.  This year’s spending is not 2% less than last year’s spending.

The Democrat’s battle for gun control is the other example.  Since the introduction of concealed weapon licenses allowing citizens to arm themselves, gun crimes have dropped significantly.  Because of psychotics committing mass shootings and terrorists acts, Democrats want guns to be unavailable to crazies and criminals, so they want to pass more restrictive gun laws.  These laws would further restrict the rights of law-abiding citizens to own guns, but have no effect on those who obtain guns illegally.

Leftists explain that citizens do not need guns because gun crimes are down.  They believe allowing citizens to have guns will cause more gun crimes.  They again approach cause and effect backwards.

This is how liberal minds approach left brain or factual thinking.  It’s like there is a missing connection between right brain intuitive/emotional thought and left brain deductive/logical thought.  This is not to say that the difference between conservatives and liberals is the same as left brain/right brain thinking.

Contrary to liberal beliefs, Emotional Intelligence is not thinking with your heart, but the maturity and morality that guide your thinking.  Children act with their feelings first, which is why it is so important to teach children to use reason rather than emotion.  Most people will learn this as they age, learn right from wrong rather than just good or bad.  This is why liberalism is the venue of the young and a failing of those who are older and experienced.

The Reader’s Digest version of Mohammad and Islam

Give me your poor, your tired, your diseased masses yearning for terrorism

[If you would like to read more from my blog and receive notice when I publish new articles, click on the Follow button at the top if you are a member of WordPress.  If you are not a member and you are scrolling down to more articles, click on an article title to pull up just one and the button should appear at the bottom of the page.]

This site is my opinion only and is unpaid. I am a retired Paramedic/Firefighter with 25 years of service in the City of Dallas Fire Dept. I have a B.A. degree in Journalism, and A.A. degrees in Military Science and History. I have spent my life studying military history, world history, American history, science, current events, and politics making me a qualified PhD, Senior Fellow of the Limbaugh Institute, and tenured Professor for Advanced Conservative Studies. 😄 It is my hope that readers can gain some knowledge and wisdom from my articles.
View all posts by dustyk103 →
This entry was posted in Conservatism vs. Liberalism. Bookmark the permalink.