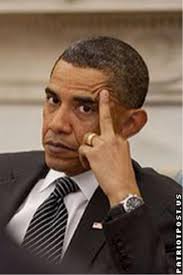 Killing the hopes and dreams of the Islamo-Nazi Commie Fascist Left would be the greatest blessing that God could bestow on a renewed America!

As the day of his ouster nears and he realizes he cannot stage a military coup to overthrow Donald Trump, Barry Sotero, aka Barack Hussein Obama Moslem pretender, is making every effort to set Trump up for failure.  After admonishing Trump publicly to not use Executive Orders to dictate as Obama has, he went to his pen to forge a slew of decrees to sabotage the Trump presidency.  Unfortunately for the infantile Barry, his commandments that America not drill oil, not mine coal, not restrict immigrants, and not punish criminals will be quickly swept aside by the American president.  Obama’s America hate will be abolished and his wife’s lament that the Left has lost all hope will be made a fact as The Donald works tirelessly to bring America back from the brink.  Obama’s efforts are designed so that he can demagogue from his shadow government in Washington and declare every time Trump overturns an Obama initiative he is destroying America, the world, and all life on planet Earth.

What needs to happen next is for Trump to sweep away every Obama operative, every Democrat appointee, every liberal saboteur that has been installed in government, and then make voter ID laws that will help to abolish Democrat ballot box stuffing.  Trump’s successful campaign is the greatest Christmas present America could have this year.  After ten years of Democrats tearing down this country, stealing our children’s prosperity, and presiding over the decline and transformation of America into a banana republic of their own, Americans have rebelled against the tyrannical traitors to the liberty provided by the Constitution.  Their importation of foreigners to infect our voter system and debase our culture with anti-Christian hate is now under counter attack at long last!  Donald Trump may be rude, crude, lewd, and socially unacceptable, but he is the politically incorrect leader that the TEA Party and righteous American patriots have needed to take the fight to the Left in a way no modern Republican, even Ted Cruz, has been able to do.  This is not a time for being legal or being tolerant, but being vicious in destroying the Left’s war on Christian America.

With his fantastic campaign manager, Kellyanne Conway, now as Special Counsel to the President, President Trump will have his own Rush Limbaugh at his side.  Every time she confronts a liberal in debate she makes them look as stupid as their policies are and body slams them in the most righteous way.  The Donald has put together a Cabinet that is the TEA Party conservative movement’s wet dream and even the most staunch NeverTrumper has no cause for complaint, though there are still some who hold out because they dislike Trump’s aggressive personality.  But this is just what the righteous need in a leader to win this war with the leftist haters of America – a leader who is willing to fight fire with fire and now bow to the Leftarts who are terrorizing this nation with their censorship of all the is Godly and right.  President Trump vows to drain the swamp of Washington corruption and his tenacity and brilliance gives the people their best opportunity since Teddy Roosevelt of re-establishing Americanism rather than globalism to rebuild America’s greatness as founded.

America has rejected the Left.  Now it is up to Americans to be diligent in not falling for liberal propaganda from the Democrat media and stand against them on all fronts.  Stories saying Trump is betraying America will be constant and never-ending and it is up to the righteous to separate truth from liberal fiction as they generate terabytes of fake news.

In one more act of petty spite, Obama urged and allowed the anti-American forces at the UN to condemn Israeli settlements on their lands.  His betrayal of America and declaration of allegiance to Islam are made clear in this act of sedition against America’s allies and the free world.

Obama proves his allegiance to Islam stabbing Israel in the back

There are NO Moslem allies in the War on Islamic Terror

The legacy of “Saint Hillary”

The Trump presidency – Hope is kindled

So Sad!  Conservatives cause Satanic Leftarts to lose hope

Democrats are the biggest losers in every way

This site is my opinion only and is unpaid. I am a retired Paramedic/Firefighter with 25 years of service in the City of Dallas Fire Dept. I have a B.A. degree in Journalism, and A.A. degrees in Military Science and History. I have spent my life studying military history, world history, American history, science, current events, and politics making me a qualified PhD, Senior Fellow of the Limbaugh Institute, and tenured Professor Emeritus for Advanced Conservative Studies. 😄 It is my hope that readers can gain some knowledge and wisdom from my articles.
View all posts by dustyk103 →
This entry was posted in Politics and tagged Barack Obama, Donald Trump, Obama opens America's borders, Obama sabotages America, Obama sabotages war on terror, Obama shuts down coal mining, Obama shuts down oil drilling, Obama's No Hope. Bookmark the permalink.